Children in the kindergarten “Sindibad” in Zenica were told a story by their kindergarten teacher Nisveta Kozlić, about a small butterfly who lived with many other butterflies on a meadow and who was the best student, noble, generous, good and intelligent. At the end of the story, the teacher revealed that the butterfly has no wings. His friends, other butterflies, made a flying carpet from leaves so that their friend could cross the river with them and play with them. They made this little wingless butterfly very happy. When the four-year-old Ismail, a boy who was born without arms, came to the kindergarten, the children said:

“Here is our butterfly!”

There started their story. The children accepted Ismail, who has been a part of the group in this kindergarten for two years now. When you spend several hours with them, watch them play, you can see that they do not discriminate him in any way and that he is an equal member of the preschool group that he became a part of recently. Ismail uses his legs to do everything that his friends do with their arms, and he is very skillful. If they see that he cannot do something, they readily help him, just like the other butterflies helped the little butterfly from the story. An assistant for Ismail is being chosen every day. Every Friday, everyone in the group takes their socks off and play different games, draw or try to do some other activities with their legs, and Ismail shows them how to do it.

“Ismail is our friend. We play together, study together, and sometimes when I come home I try to do some things with my legs. I once managed to pick up a spoon,” said Ismail’s friend Asja happily, and Ismail already managed to assemble a ship out of cubes.

“I love ships, trucks and dredges,” said Ismail, adding that he is having a great time at the kindergarten and that he is looking forward to going there every day.

“Two years ago, Ismail was reticent, I had to spend every day in the kindergarten with him. One day, he said he is having a good time there and that he wants to be alone with the other kids. Since then, he joyfully goes to kindergarten every day and when he comes back home he is happy, active. He learned many things. He has a younger sister Hana, whom he teaches to do many different things with her legs. It all has a very positive effect on him,” said Ismail’s mother Elmina.

Director of the kindergarten Šefika Softić said that she and the kindergarten staff never rejected any child, adding how they have already had experience with inclusion, but that accepting a boy born without both arms still represented a challenge for them.

“Our aim was not only to admit the child; our aim was for Ismail to be accepted entirely and to have everything he needs as a child of that age. Children had to be prepared. When I informed the caretaker in the group where Ismail was supposed to come, she was also concerned about whether we will respond to the challenge adequately- however, rejecting the boy was never an option, we just worked on organizing ourselves better in order for him to be accepted in the best possible way. Two years later, I can say we succeeded,” said the Director.

The story about butterflies developed into a monograph “Butterfly – Opening to the Future”. The case study was presented at a conference in Tuzla, so that Ismail and kindergarten staff conveyed their precious knowledge and experience that might help other children with disabilities, as well as caretakers, teachers and all others who can contribute to the creation of an inclusive environment. 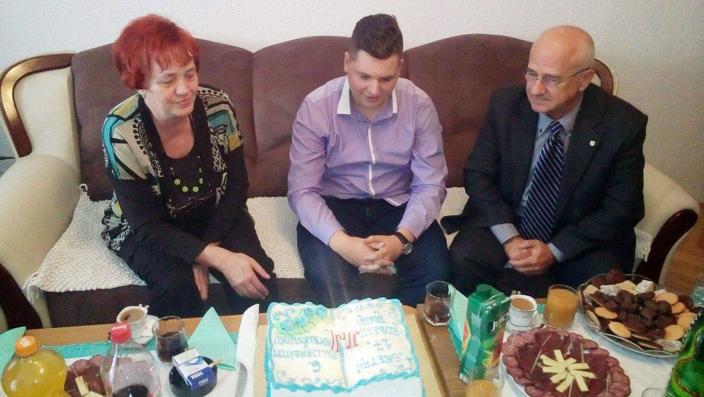