The member of the Presidency of Bosnia and Herzegovina(BiH), Zeljko Komsic, wrote a letter to NATO Secretary General Jens Stoltenberg after the Government of the Republic of Croatia requested the presence of its military personnel on the territory of BiH.

”In connection with the consideration of the possibility of extending the EUFOR Operation Althea mission, as well as possible different solutions that include the engagement of the NATO alliance, I would like to inform you that we are aware of the content of the letter from the Government of the Republic of Croatia regarding their eventual inclusion and sending of military forces to BiH through NATO or EUFOR missions,” stated Komsic.

He claims that there are a number of crucial untruths in the letter of the Government of the Republic of Croatia, reminding that the General Framework Agreement for Peace in BiH or the Dayton Peace Agreement belongs to the category of international peace agreements signed by states participating in the war.

”Such a definition was later confirmed by the International Criminal Tribunal for the former Yugoslavia from The Hague, which determined the war in BiH as an interstate armed conflict,” told Komsic.

Furthermore, he added that such a fact, legal and historical, was due to the provision of Article 3 of Annex 1A of the Dayton Peace Agreement (Withdrawal of foreign forces) with a permanent character, and not a temporary or one-time obligation, announced the Cabinet of the BiH Presidency member.

”With the signing of the Dayton Peace Agreement, the provisions of the Split Agreement, which the Government of the Republic of Croatia refers to, ceased to be valid. It is particularly important to point out that the Split Agreement does not have the character of an international agreement, because it is a one-time agreement on military action in specific wartime circumstances,” Komsic believes.

According to Komsic, it would therefore be very inappropriate for the NATO alliance to include in its mission in BiH or through the EUFOR mission Operation Althea the forces of the Republic of Croatia, i.e. the country whose military and political leadership was judged by the International Criminal Court in The Hague “as part of a joint criminal an enterprise whose aim was to create ethnically cleansed parts of BiH under the military and political administration of neighboring Croatia”.

”Such political ambitions of the Republic of Croatia towards BiH, a sovereign and independent state, exist even today, which are also being strengthened by military forces. I firmly believe that you understand the reasons for my address and that the NATO alliance will make the only possible correct decision,” wrote Komsic in a letter addressed to Stoltenberg.

As the media announced on Monday, Croatia intends to send its soldiers on a peacekeeping mission to BiH. The Minister of Foreign and European Affairs of the Republic of Croatia, Gordan Grlic Radman, sent a letter to Stoltenberg “warning” him that the unity of NATO could be threatened if Croatia is prevented from sending its soldiers to the peacekeeping mission in BiH.

”The Croatian minister states that there are no legal or political obstacles or concerns for Croatia’s participation in any NATO mission or operation. In addition, Grlic-Radman emphasized that the possible exclusion of Croatia would not only be discriminatory for the ally, but would put the ally in a disadvantageous position in relation to possible operational partners, ” the media reported the writing of the portal istraga.ba. 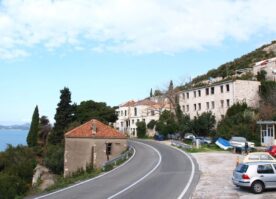