Zlatko Lagumdzija, the former Minister of Foreign Affairs of our country, reacted to address on Wednesday by the President of the European Commission, Ursula von der Leyen.

He said that it must be an invitation to the public of Bosnia and Herzegovina (BiH) to demand an urgent and thoughtful response from the Presidency and the Council of Ministers of BiH, as well as from the leaders of the parties who recently in Brussels assumed joint obligations from the President of the European Council Charles Michel and the European Union (EU) High Representative for Foreign and the security policy of Josep Borrell.

“Ukraine today, rightly, received new concrete support from the EU, and the countries of the Western Balkans as well as BiHwere left to Eastern influences as if it were not a geostrategic interest of the EU. We can only hope that this does not mean that we have to wait” Russian special military operation’ to ‘wake up’ the EU in the Western Balkans,” said Lagumdzija.

Namely, in her annual address on the state of the Union in the European Parliament in Strasbourg, the President of the European Commission, Ursula von der Leyen, announced on Wednesday that she is going to Kyiv, where she will meet with President Volodymyr Zelensky.

“I want to fully mobilize our common market. There are a lot of good, smart companies in Ukraine. We want to expand this useful cooperation. We will include Ukraine in our free trade area. The time is right for that. Our single market is one of the biggest markets. We know how much it is a success story, and it will be a success story for our Ukrainian friends,” Lagumdzija quoted the president of the European Commission in his Facebook post.

She also said that she was going to Kiev to work on giving that attacked country access to the EU single market, just like entering the EU free roaming area.

After the candidate status, with the new decision announced on Wednesday by the President of the European Commission, Ukraine would become a kind of part of the European Single Market, which includes 27 EU countries, Switzerland, Norway and Iceland.

“Ukraine came to this not only by the good will of the EU, but above all by several months of planned and organized lobbying to make this happen. It was clear to everyone that the vague candidate status of Ukraine in this situation is equal to moral and not real support, as is the case with accession into the single market of the EU. Our media reported that on this occasion support was sent to the candidates and potential candidates for the EU, saying that ‘your future in the EU and the EU is not complete without you as its members’. So much for the countries of the Western Balkans,” said Lagumdzija.

To our European friends, he added, instead of futile discussions about the Open Balkans, the region must send a clear message that there is not a single serious reason why the opening of a common path to membership in the European Economic Community through access to the EU single market should not be offered to the countries of the Western Balkans, such as it was done to Ukraine.

“BiH has the right, obligation and national interest to be the leader of that process, and not to complain and ask for years to get candidate status, which would only be a cover if nothing serious is done on the necessary reforms in the coming years,” concluded Lagumdzija, Klix.ba reports. 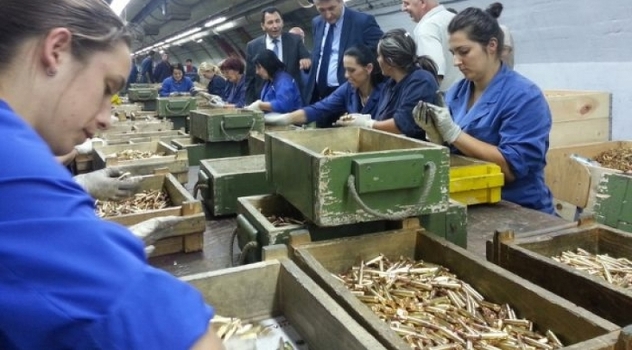