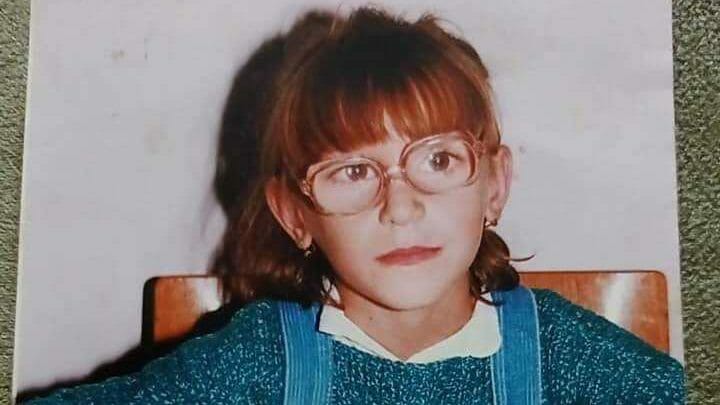 Adela Hurem Bijelic remembers how, as a five-year-old girl, she was forced to leave the village of Vratar near Zepa, a protected zone of the United Nations (UN), with her mother, brother, and other women and children. The way to the safe territory, where she was completely dehydrated, is reflected in the girl’s memory in images of searches, large knives in the hands of soldiers and fear that she has never forgotten.

Adela’s mother Camija took Adela and her younger brother from Sarajevo to Zepa for Eid in 1992, to visit their grandmother and grandfather. Her father remains in the capital. The beginning of the war separated the family for a longer time than planned.

“When we came, after Eid, a war started, so we could not return to Sarajevo from 1992 to 1995 – until Zepa fell. That’s when we left the village to run away,” Adela describes for the Balkan Research Network of Bosnia and Herzegovina (BIRN BiH).

Today, the 33-year-old knows that it was July 25th, 1995, and that at the checkpoint in the village, Serbian soldiers only let women with children to go. She remembers her mother explaining to her that women with multiple children were stopped and that if anyone asked her, she should say that her aunt, who was pregnant at the time, was her mother.

“We went down from the village to a foothill where there was a river or spring, and there were all the women with children. There were no men, except for male children. We managed to escape before they set fire to my aunt’s house, and in the evening we watched it burn,” she says.

As she says, her mother, in fear and haste, brought only a bag of clothes for the children, so Adela doesn’t even have photos from that period. According to her memory, they spent the nights outdoors – in the forest and by the river. She remembers that they were tired.

“I was so tired that I stayed sitting with some women, and my mother, in that fear, took only my brother, they forgot me. Luckily, my cousin recognized me, took me and found my mother,” says Adela, and adds that she thinks the kidney problems her mother has today to be the result of sleeping outdoors in those days.

Before moving to the territory under the control of the Army of BiH, Adela remembers that soldiers searched women at checkpoints and demanded money and gold from them. Her most memorable memories – as a little girl – were of the large knives carried by the soldiers.

The fear was present every day, but although the girl, as she says, could understand what was happening.

“Today’s children, for example, wouldn’t know. We were already much more reasonable in that period. My children are now the same age as I was then, but they wouldn’t understand what was happening and that you had to run away. It was very stressful, scary and sad,” she said.

Women and children were taken from the town of Borik in trucks and buses towards Kladanj, and the soldiers took some of them out that way. Due to the journey and the heat, Adela got sick and dehydrated.

“I was already dehydrated then. As my mother said, I was already unconscious. The doctors took me away and told my mother that I had died. However, I was deeply dehydrated until they gave me an infusion so I felt better,” told Adela.

After that, they were transferred from Kladanj to Zenica, where a family gave them a house. There they tried to find a way to reach their father in Sarajevo, which was under siege.

“We went by bus to Igman, then we went down the forest in Hrasnica. I remember that as if it were yesterday – the forest, you are going down. There were two guys, who sat down and slid… and I did. I remember it, I asked: ‘Mom, can I do it too?’ I don’t have the strength to walk anymore,” she recalls an event from her childhood.

Adela and her brother have not seen their father for more than three years. When they met in the Tunnel of salvation, through which they had to pass to enter Sarajevo, they did not recognize him.

“We absolutely did not remember, and there was a period of getting used to, for sure, 15 days, while we got used to the fact that it was our father and that we had another grandmother. My brother called my mother’s father ‘babo‘ (father) all the time,” Adela recalled.

By the resolution of the UN Security Council of May 6th, 1993, Zepa was declared a protected zone. Despite this, in July 1995, attacks were carried out on this place, and on July 24th, an agreement was reached on the evacuation of civilians from Zepa, which began the day after, when women and children were transported. Every year on July 27th, the locals celebrate the Day of Remembrance of the Fall of the UN Protected Zone of Zepa.

The Hague Tribunal acquitted Zdravko Tolimir, the former assistant commander for intelligence and security affairs of the Main Staff of the Army of the Republika Srpska (VRS), of guilt for the genocide in Zepa, and he was convicted only for participating in a joint criminal enterprise during which Bosniaks were persecuted from this area. Tolimir was sentenced to life in prison for the genocide in Srebrenica, but he diedbefore serving his sentence, Detektor writes. 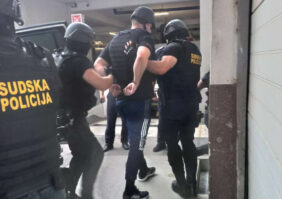