Every year there are fewer children, the population is getting older and the number of people leaving Bosnia and Herzegovina (BiH) is increasing.

The photo of Milos Popovic, a researcher at the Institute for Security and Global Affairs (ISGA) at the University of Leiden, which shows places in BiH with a population of fewer than 100inhabitants, best illustrates how the country is getting empty.

Namely, the most difficult situation is in the area of Bosanski Petrovac, Bosanski Samac, Kljuc, Sanski Most, Glamoc, Kupres, Ljubinje, Berkovici, Foca, Kalinovik…

He told that the tendency of increasing the number of settlements with a decreasing number of inhabitants is obvious, with regions that otherwise have problems with the birth rate standing out – eastern Herzegovina and Krajina.

“There is an obvious connection between regions with reduced birth rates and increased mortality on the one hand, and the number of settlements with decreasing population on the other. Also, taking into account trends, it is expected that in the future the number of settlements with low population will increase.The big question is whether certain regions will be able to recover from such intensive depopulation, ” Ferhatbegovic emphasized, adding that we should not forget the long-term mass departure of the most capable part of the population, which has already led to consequences, and will have even more serious consequences in the future:

“While nationalist themes predominate in our country, and politicians collect points in a cheap way, it seems that no one understands that there will be no one to replace the existing workforce.”

Fewer births and significantly more deaths than last year is a fact that we read in the news at the end of each year.

“The situation has long been alarming in Posavina, in the villages, but also in the cities themselves – Derventa, Bosanski Brod, Modrica, Orasje, Odzak. In one village in Modrica, I felt very sad because every other house was locked. Herzegovina is also being emptied, people are leaving, they are selling property. It is the same near Travnik, Zenica, in eastern Bosnia, ” explained Mirhunisa Zukic, president of the Union.

Finally, the demographic estimate of the United Nations Population Fund (UNFPA), says that BiH is in danger of demographic collapse if current trends of emigration and accelerated population aging continue, and according to realistic estimates, only 1.5 million people could live in BiH in 2070!, Radio Sarajevo writes. 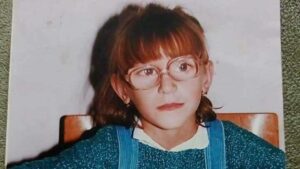