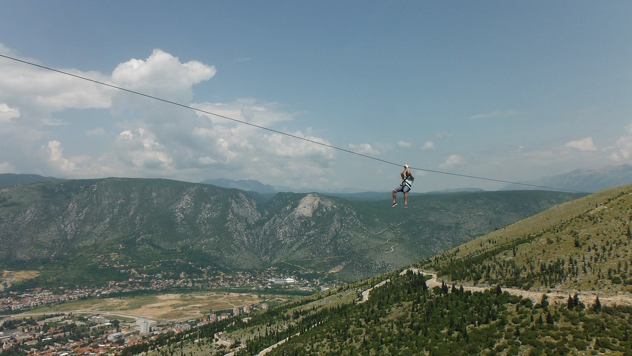 Mountain-Biking Association MTBA from Mostar is currently performing last test on the attractive zip-line, which has been the main topic in recent months. Works are conducted in cooperation with the Extreme Sports Club SCORPIO from Zenica. All of this is part of a big project with which this association is planning to turn Fortica, a hill near Mostar, into a real oasis of adventure sports.

Djani Rahimic, the President of MTBA Mostar and initiator of the design of this space and creation of the longest zip-line, was among the first ones who descended down a cable that connects Fortica Hill with the peak of Stolac.

“The feeling is just great and it is not as scary as it might seem. The view of Mostar is simply magical from that height and at that speed. The last tests are currently taking place, and the official opening of “zip” is planned for the second half of the month of June,” said Djani Rahimic.

Besides the zip and a large mast with a flag, there is a mountain lodge on the Fortica Hill as well, which will contain all the necessary equipment, as well as special electric bicycles that will be available for rent.

“The club traced kilometres and kilometres of cycling trails on the plateau of Podvelezje in the last couple of years, and thus the lovers of bikes will have a place to truly enjoy their time,” stated Djani.

After descend down the zip-line, fans of adrenaline will have the opportunity to take a break on Stolac Hill by taking a look at the Italian bunkers from the World War II. There will be a vehicle waiting for them to return to their starting position at the foot of the hill, maybe to another descend down the Mostar zip-line.

This great attraction above Mostar has commercial nature, and the most difficult task is to determine the price. According to the MTBA, the price of one descend should be 10 EUR or 20 BAM.

Take a look at the video: 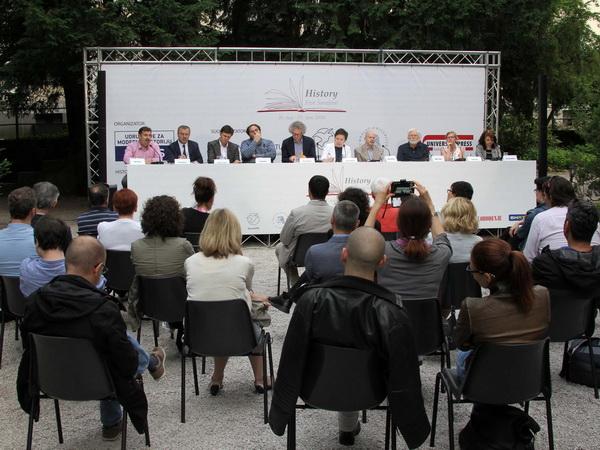 History Fest officially opened in the National Museum
Next Article 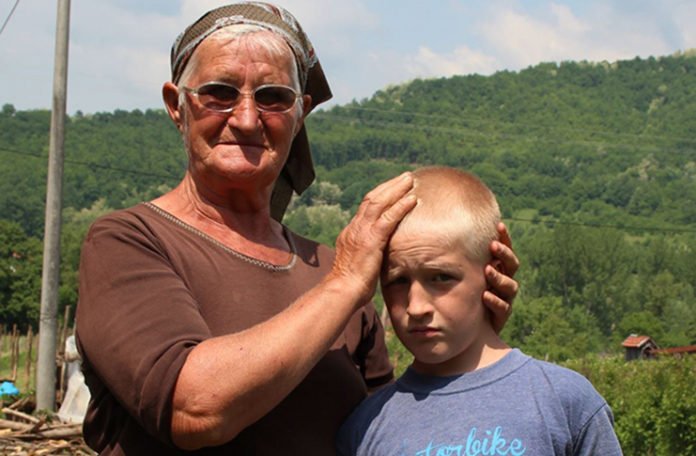