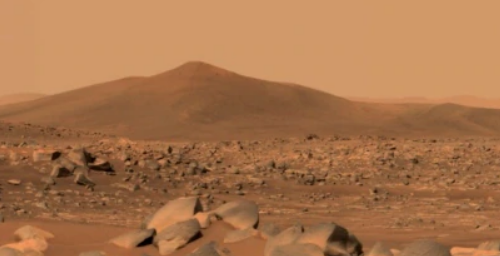 A study published in the journal Science analyzes multiple rocks found at the bottom of Jezero crater on Mars, named after a municipality in Bosnia and Herzegovina (BiH), where the Perseverance rover landed in 2020, revealing the interaction between the rocks and liquid water.

The study, led by Caltech researchers, was conducted by an international team that includes researchers from Imperial College London.

Professor Mark Sephton, from Imperial’s Department of Earth Science and Engineering, is a member of the science team that took part in the rover’s operations on Mars and considered the implications of the results.

“I hope that one day these samples can be returned to Earth so that we can look for evidence of water and possible organic matter, and investigate whether the conditions were suitable for life in the early history of Mars,” he mentioned.

The Perseverance rover previously found organic compounds in the Jezero crater delta, which is named after a municipality located in BiH.

Scientists, participants of this mission, were especially interested in the Jezero delta, because such formations can preserve microorganisms.

But, the bottom of the crater, where the rover landed for safety reasons before traveling to the delta, is a bigger mystery.

These minerals, such as carbonates and salts, require water to circulate in magmatic rocks, carving niches. Water deposits dissolved minerals in various areas, such as voids and cracks.

Minerals and possible organic compounds were detected using SHERLOC or the Environmental Scanning Instrument with Raman & Luminescence for Organics & Chemicals.

The samples would need to be returned to Earth and examined in high-tech laboratories to definitively determine the presence and type of organic matter and whether it has anything to do with life on Mars, Radio Slobodna Evropa writes.

Young Man stabbed to Death in Banja Luka
Next Article