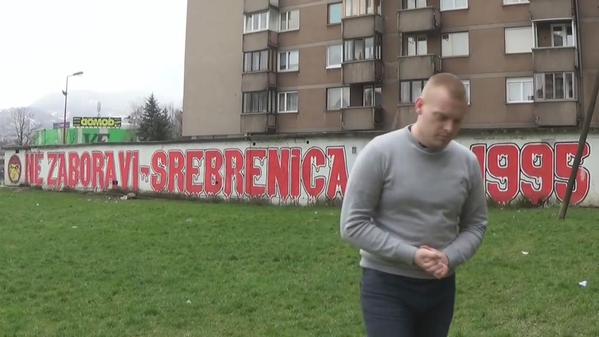 Many of our readers saw your short documentary “Srebrenica: 20 Year On”. Can you say for the Sarajevo Times where did you find the connection between Australia and B&H? How did you decide to make a documentary on Srebrenica?

During my teenage years I grew a fascination with the Balkans. This started from my passion for football and particularly after Australia played Croatia at the 2006 FIFA World Cup in Germany.

This progressed throughout the years and eventually, on my second last day of high school, I struck a friendship with somebody at my school who was born in Zenica, Bosnia.

This friendship grew stronger until, in September 2011, I joined him on a short trip to Europe. He was there for two weeks before I arrived, and so I met him in Zenica.

One of the people I met was a childhood friend of his, Selma. She is now my wife. We became close and, after I returned to Australia, I worked for a few months so I could come to Bosnia again.

In February 2012 I returned to Bosnia and eventually stayed for 12 months – even though I originally planned to stay for just four months.

Selma moved with me to Australia and after almost two years here, we made our first trip back to Bosnia together in December 2014.

Despite the significant time I spent in Bosnia previously, I did not know much about the complexities of the war – and I knew even less about Srebrenica.

So a few months before we came to Bosnia, I began studying what happened in Srebrenica. This involved watching several documentaries and reading through countless ICTY reports, academic articles and news reports.

I was not sure if I would end up making a documentary but I absolutely wanted to visit Srebrenica regardless.

What was your motivation of making the documentary on Srebrenica?

I wanted to provide an updated account of what is happening in Srebrenica today. And I especially wanted people outside the Balkans to know what happened there. After I made the documentary, I was surprised how many of my Australian friends had no idea about Srebrenica and the events of just 20 years ago.

If we are to avoid repeating the mistakes of the past then people must know what happened.

Clearly some people are trying to suppress the memory of these events and I hoped my film would expose this.

You went to Srebrenica and spoke with people there, among many, you spoke with Enver Lelic. He said that Europe did not react and that Serbs had the freedom to do whatever they want to Bosniaks. Would you agree with him?

I certainly think the international community is partially responsible for what happened in Srebrenica in July 1995. The number of U.N. peacekeepers was insufficient given the obvious threat of nearby Bosnian Serb forces. And in the days leading up to the takeover of Srebrenica, when Bosnian Serb forces started advancing towards what was supposed to be a “safe area”, little was done to stop it.

I do feel some sympathy for the UN soldiers on the ground because they were faced with an almost impossible task. Yes, they could have done their job much better, and perhaps saved many lives, but the real blame should rest with their superiors.

You spoke about the main actors that are responsible for genocide in Srebrenica? Do you believe that is possible to achieve justice?

It depends on how you define justice. The prosecution of alleged ringleaders such as Ratko Mladic and Radovan Karadzic is important for the victims, but even if they are found guilty and locked up, the 8000 victims are not coming back.

And you also have to consider the many actors of this genocide who are yet to be arrested – and it’s likely many of them will never be. The people who pulled the triggers and buried, then re-buried, the thousands of bodies. The people who transported the people to execution sites. Where are they?

And what about the bodies that are still yet to be found? Surely someone knows where they are.

I think justice is possible, but it is only going to happen if people are brave enough to speak up – and in this scenario those people are Serbs.

How people in Australia reacted on your documentary?

The Australians who saw my documentary were shocked. Many of them did not know the extent of what happened in Srebrenica. Some had heard about it but never had a proper grasp of the crimes and mass killings that took place.

I received several messages from people saying how powerful it was.

One message was from an Australian-Serb friend of mine. He did not want to write it publicly because he expected other Australian Serbs to criticise him for it, but he congratulated me on my documentary and said Srebrenica should never be forgotten.

I also received some messages from refugees from Srebrenica who were now living in Australia. They thanked me for the documentary and told me how much it moved them. I was touched with their words and surprised with their willingness to tell their personal stories. For me, it made the months of planning and making this documentary worth it.

Mr. Rusty Woodger is a 23 years old, born in Melbourne and still living in the state of Victoria. Two months ago he started working as a journalist at a newspaper in Echuca, which is about two-and-a-half hours north of Melbourne. Mr. Woodger made a short documentary on Srebrenica which draw attention of public all around the world.

For all interested in watching Mr.Woodger’s movie can do so by clicking here. 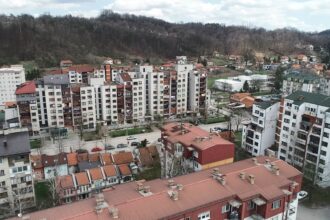 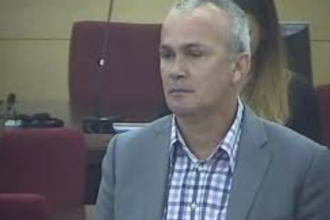