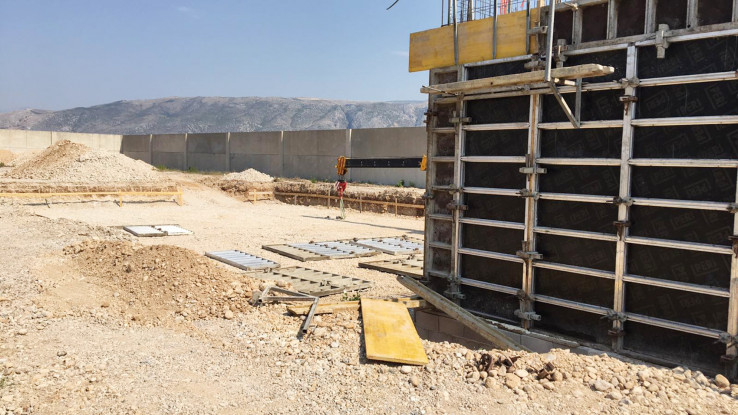 One of the largest construction sites in the Mostar area is located in the suburb of Jasenica, where a new facility of the Mostar Penitentiary is being built at full speed. The construction of this prison, which is called “Mostar’s Alcatraz”, because according to the project it is planned to be one of the safest and most modern penitentiaries in the region, began at the end of May, after an eight-year delay, Avaz news portal reports.

After the first phase of works, which was completed in 2012, and in which 3.3 million BAM were invested, from the federal treasury, the lack of money, and later the entanglement around the tender procedure, was the main obstacle for the continuation of the project.

However, the whole story about the construction of the new facility is finally going its course, which was confirmed to us by Boris Dzeba, the director of the Mostar Penitentiary. Thus, three facilities have been built since May, including the administrative building and the building for the accommodation of prisoners, and the works within this phase, which will cost 3.4 million BAM and which are also provided from the federal budget, should be completed in early summer the following year.

The plan is to start the third phase immediately after the completion of these works, so that in two years the Mostar Penitentiary will be at a new address and, practically, finally relocated from the central city zone in Santiceva Street.

The existing building of the Mostar Penitentiary dates from the Austro-Hungarian period of 1891 and, despite numerous interventions, the entire infrastructure is in a rather poor condition. The new facility covers 50,000 square meters.

The entire complex has a capacity of 420 people, of which 220 will be in a semi-open space. It will be built according to all European standards.