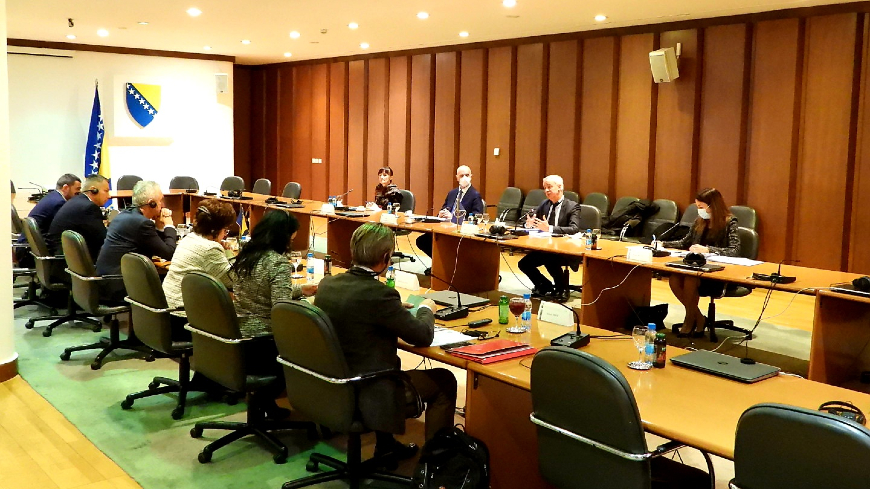 During a mission on 28-29 April, representatives of the Execution Department held a meeting with authorities in Mostar on the implementation of the action plan adopted by the Herzegovina-Neretva Canton to implement the Kunić and Others group of ECHR judgments.

The action plan provides for the enforcement of final domestic decisions ordering this canton to pay work-related benefits due to public service employees within 12 years as from 2020.

The authorities presented the efforts made so far to ensure the proper functioning of their action plan highlighting that another BAM 4.5 million (approximately EUR 2.3 million) will be paid for this purpose in 2022.

The authorities also undertook to resume payment of just satisfaction awarded by the European Court which is due to around 150 applicants.  Authorities met included the Office of the Prime Minister, Minister of Finance and the Public Defender of the Herzegovina-Neretva Canton.

The Department also organised in Sarajevo training sessions on the effective implementation of the European Court’s judgments for the Office of the Agents of the Council of Ministers of Bosnia and Herzegovina before European Court. The training covered a range of topics including the working methods and procedures of the Committee of Ministers under Article 46 ECHR, the effective drafting of action plans/reports and issues related to the payment of just satisfaction awarded by the European Court.