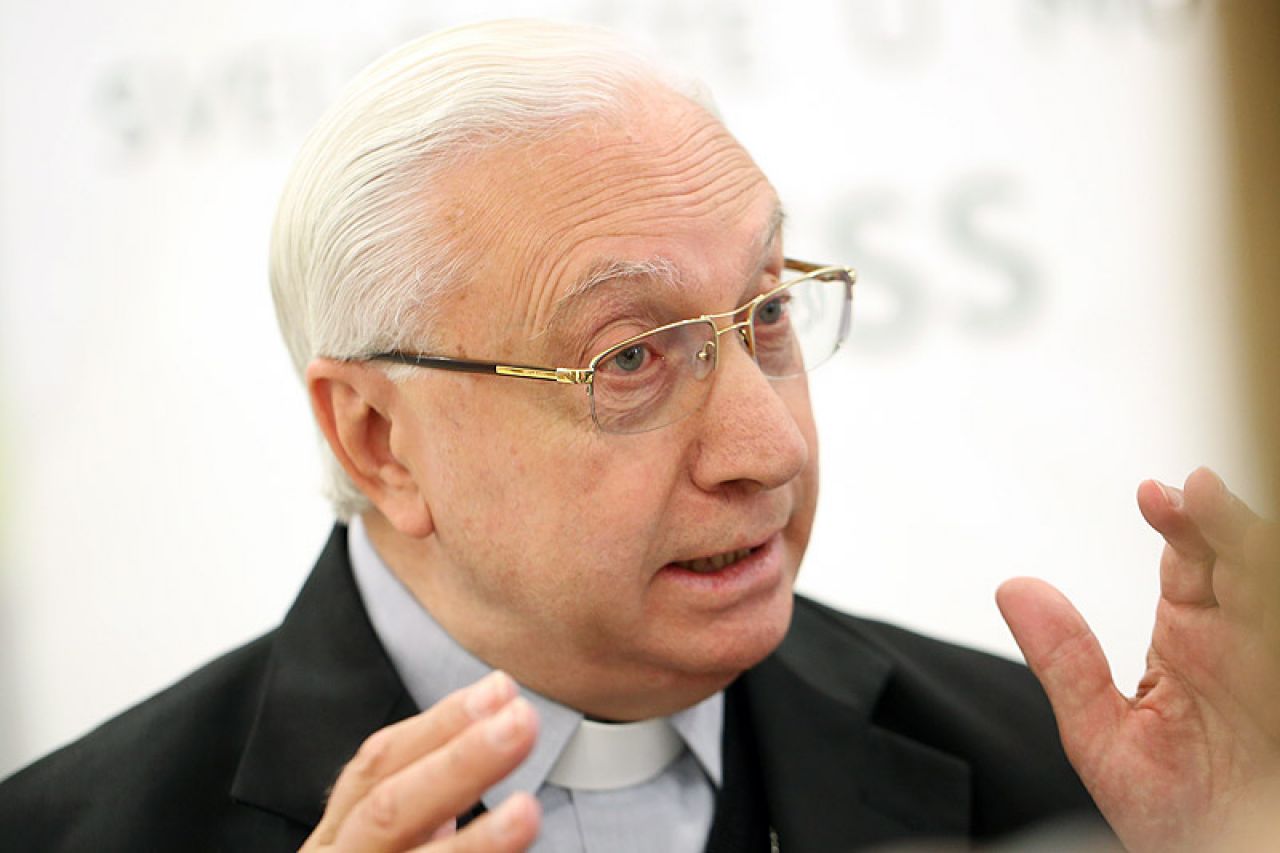 An apostolic nuncio to Bosnia- Herzegovina Archbishop Luigi Pezzuto, was the keynote speaker at the regular session of the association ‘Circle 99’ introducing the topic, “Peace as a Way of Hope: Dialogue and Reconciliation”.

The keynote speaker, Archbishop Pezzuto, emphasized that the topic follows the message of Pope Francis on the occasion of the 53rd World Peace Day, which the Catholic community celebrates every January 1.

In the first part of the presentation, Pezzuto said that the root cause of each war is intolerance towards the other and diversity, which frightens and causes mistrust.

“Therefore, this cause should be suppressed and eliminated. That logic is negative in itself and, unfortunately, leads to war,” Pezzuto said.

In the second part of his presentation, Pezzuto talked about the positive measures to be taken as a certain path of achieving peace.

“These are dialogue and mutual listening, nurturing the trust and recognition of another, different, a brother whose origin, as well as every human being, is in God. Once the atmosphere of brotherhood has been realized, it will not be difficult to engage in a patient search for truth and justice, which in the path of achieving true, final and lasting peace, must be filled by reconciliation and forgiveness,” Pezzuto said.

Therefore, Pezzuto believes that Bosnia-Herzegovina, which has been in a process of reconciliation since the end of the war in the 1990s, and its constituent peoples that are already living in peace, will be able to advance on the path of reconciliation and forgiveness and contribute to the lasting state of peace, Fena news agency reported.