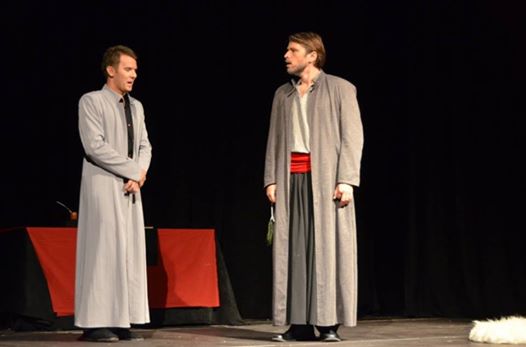 The Duodrama “Death and the Dervish” premiered last night was produced at the International Center for Children and Youth in Grbavica in Sarajevo.

One of the most important dramas in Bosnia and Herzegovina starts with a story of Sheikh Nuruddin who is a dervish at a Sarajevo monastery in the eighteenth century during the Turkish occupation. When his brother is arrested, he descends into the Kafkaesque world of the Turkish authorities in order to find out what has happened. As he does so, he begins to question his relations with society as a whole and, eventually, his life choices in general.

The audience was satisfied with the play and reported that they have truly experienced the characters and the play.