The young BiH artist Romano Kuduzović presented “The Scream Project” last night in the gallery of contemporary art Java. The project features educational billboards that are aimed at directly influencing the awareness of observers about the problems of urban cultural environment, which includes negligence and inadequate leading of cultural, artistic, educational and sports institutions.

Romano said that he came up with the idea about this project after a walk in the capital of Bosnia and Herzegovina.

“I decided to take a walk and explore problems in the society, after which I noticed that many cultural-sports institutions in the city are decaying, which is a negative thing. In that moment, I thought about Edvard Munch and his painting ‘The Scream’, which depicts the feeling I had then – the Olympic Museum which does not work and the decaying of the National Museum. That is how I decided to make the exhibition of photographs ‘Scream Sarajevo’, inspired by ‘The Scream’,” said the artist Kuduzović.

According to Kuduzović, motives on the photographs represent cultural-sports institutions in Sarajevo which he used because for him they represent the most significant things for the development of the society, without which the youth cannot function.

The performance was prepared with the intention to improve the general impression of the billboards through sound and acting, which means that every segment is synchronized conceptually and spatially. The exhibition will be opened for seven days. 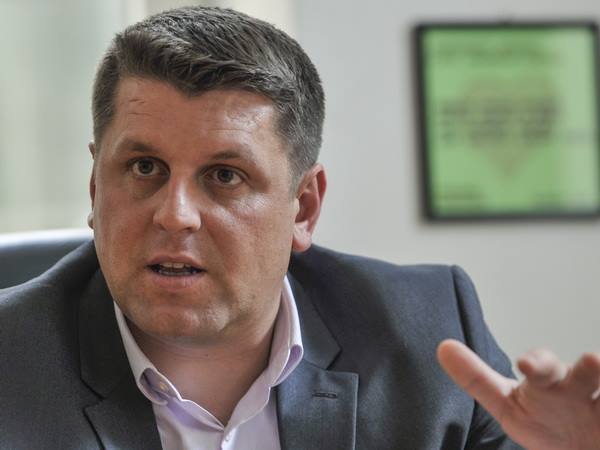 Local Elections in Srebrenica not to be repeated?
Next Article Josip Majstorović broke the Fishermen’s Record!
Leave a comment Leave a comment