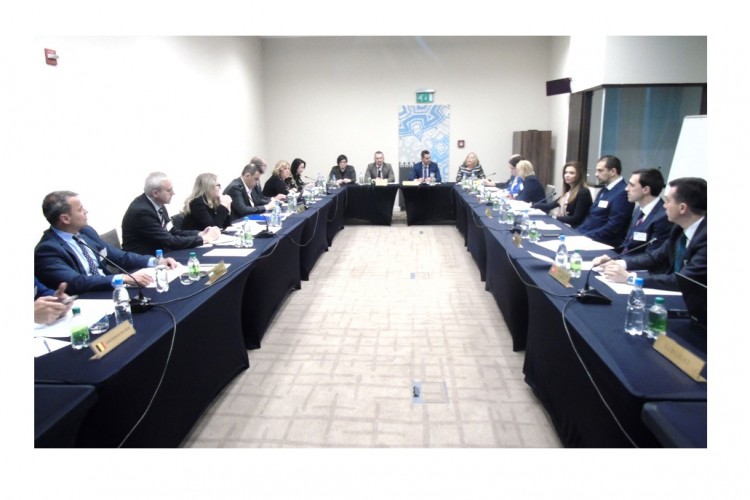 The conference of prosecutors within the South East European Prosecutors Advisory Group (SEEPAG), with the participation of prosecutors and specialist staff from several South East European countries (Bosnia and Herzegovina, Serbia, North Macedonia, Bulgaria, Hungary, Albania, Moldova, Romania and Turkey) and representatives of the European Judicial Network and the Kingdom of Belgium, organized by the Prosecutor’s Office of Bosnia and Herzegovina, is taking place in Sarajevo.

At the beginning of the conference, Acting Chief Prosecutor of the Prosecutor’s Office of BiH Milanko Kajganić, who is chairing SEEPAG, addressed the participants and stressed out the importance of such a way of combating the most serious forms of crime, in which the Prosecutor’s Office of BiH is already acting in cases involving dozens of suspects from all over Bosnia and Herzegovina, in which international cooperation has been achieved and in which joint investigation teams have been formed.

Within this expert specialist conference entitled “Encrypted applications, as tools to commit criminal offences, and cryptocurrencies, difficulties in investigation and prosecution,” expert presentations and analyses made by top experts in this field from the region and the European Union will be presented.

In the past few months, in Bosnia and Herzegovina and the countries of the region, activities have been carried out in the processing of serious forms of organised and international crime, which has led to the practice of using new instruments in the international fight against serious crime.

Therefore, it is necessary for the EU countries to exchange the best experiences in the field of strengthening the rule of law with the countries of the region in order to effectively fight the structures of organised crime with high-tech elements.

German Minister arrives in BiH: The Focus is on the current political and security Situation
Next Article