Manager of the Public Utility Company ”Rad” said that this company has realised all the planned activities in 2012.

“This is primarily related to public hygiene segment where we have the collection, transport and disposal of waste, and cleaning and washing of public areas, as well as the segment that refers to the building maintenance and construction of roads,” said Babić.

Speaking of positive examples of management, Babić said that in 2012  “Rad” has acquired 14 new specialize vehicles for the collection, storage and disposal of waste, worth 2.18 million EUR:

“With the acquisition of these vehicles we have reduced the average age of the vehicles to the limit of six years, which is the European standard. Also in three Sarajevo municipalities – Stari Grad, Novi Grad and Novo Sarajevo, we have built 79 new covered niches and we’ll continue with their construction. In 2012, ”Rad” also started the purchase of electric vehicles to reduce the emission of harmful gases, and asphalt base within the company introduced the ISO standard and got certificate for laboratory testing to EN ISO / IEC 17025:2006″ ,said Babić.

Babić said that “Rad” still intends to make profit and plans to implement a lot of new projects, emphasizing that the company will soon receive 1.5 million from IPA funds, which should be invested in a landfill.

The company is also pleased with the collection of duties which is about 80%.

“Survey was carried out in 99 local communities, including 10 economic entities and 5379 citizens and we received an average rating of 4,12%, and we are very pleased with that.”, said Selim Babić 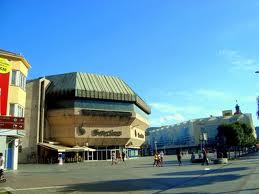