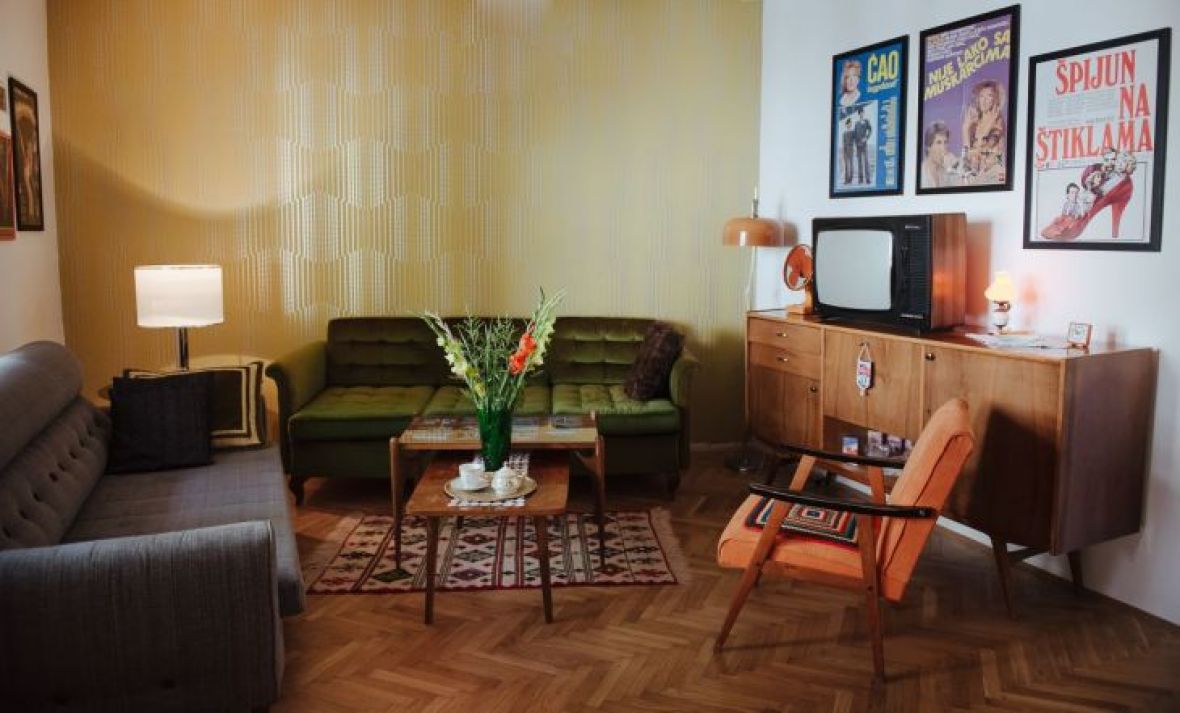 The residential museum where everything is “Made in Yugoslavia” is located at Dorcol in Belgrade. His creator and owner, Mario Milakovic who is graduated costume maker, is taking care of its decoration.

Yugodom represents a real residential museum, but it is possible to visit it in the periods when there are no guests.

After he returned from Japan, where he studied design information as recipient of the scholarship by the Government of Japan for 2 years, Mario started to think of something creative and decided to turn his family house with thick walls and a practical layout that was built in the late 1950’s in the style of socialist realism for the needs of the military elite of that period, into a residential museum. At the very beginning, he was renting only one room and lived with the guests, but as the time was passing by and he realized that he is losing his privacy, he decided to turn the entire space into a Yugoslav home-Yugodom.

“Friends often offered me their houses on my travels, so I decided to try that here. I arranged a room for the needs of visitors and since I had a quite limited budget, I bought a good bed and comfortable mattress. Everything else that you can see here is a part of my retro inspiration. The concept of Yugodom came spontaneously, as the guests started coming. While talking with them, I realized that they like this style and so I eventually decided to expand the offer,” said Mario.

Although the latest generation of Tito’s pioneers was born in 1982, Mario was lucky enough to belong to the last class because he went a year earlier to school. He still has his pioneer cap and scarf and he stated that he is glad to remember the period of the Socialist Federal Republic of Yugoslavia.

“I do not have as many visitors from the former Yugoslavia as I expected. There is least of Yugo-nostalgic visitors, and most of the visits are related to the design. I have guests coming from Canada or Australia who have never been to Yugoslavia, but they say that this reminds them of the house that their grandmother has in Sydney. My guests speak this beautiful universal language of design. If they are younger people who were born after 1990, I usually recommend them to go to the Museum of the History of Yugoslavia to get more familiar with that period of our history.”

Yugodom is divided into studio, suite and super suite or thematically on the film decades of the sixties, seventies, and eighties. Guests can choose whether they want to sleep in the part of the museum called “Love and Fashion”, “Mysteries of the Organism” or “It is not easy with men.”

The only new devices in here are air conditioning, wireless internet and new beds and mattresses. Each room is dedicated to a different decade of the Yugoslav cinematography.