For salaries and compensations of persons employed in institutions which are financed from the budget of Bosnia and Herzegovina (BiH) this year, almost 560 million BAM is planned, which is by 8.6 million BAM more than in the previous year.

The increase occurred mainly because of the last year’s Amendments to the Law on Salaries and Compensations in BiH Institutions, concerning the increase of salaries for police officers, and new planned employment in institutions of BiH, among others, 86 persons needed for the purpose of imprisonment in Istocno Sarajevo.

With adopted decisions of the Council of Ministers, it is also planned to hire five persons in the Intelligence and Security Agency of BiH, three in the Srebrenica Memorial Center and 10 in the Directorate for European Integration.

It is also envisaged that the Office for Joint Affairs of BiH institutions this year employ 10 people for the purpose of keeping and securing new facilities for accommodating BiH institutions in Mostar, Sarajevo and Istocno Sarajevo, which would cost budget users 87.000 BAM.

Due to the Amendment of the mentioned law, which increased the salaries of police officers, the Border Police in 2018 for salaries and compensations is needed 3.950.000 BAM, which is 7% more than last year. For the same reason, the State Investigation and Protection Agency (SIPA) needs to get two million BAM or 10% more than in 2017 for payment of salaries, and there is a similar situation in the Directorate for Coordination of Police Bodies. The Central Election Commission of BiH, due to the reception of fixed-term employees for holding general elections in BiH in October, needs slightly more than 250.000 BAM more than last year for salaries and compensations. 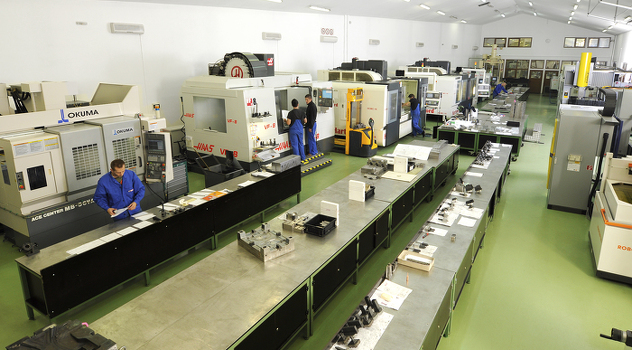 Company EMKA from Germany to take over Bekto Precisa?
Next Article British Journalist: The only Way to solve the Balkan Problems is the new Yugoslavia
Leave a comment Leave a comment