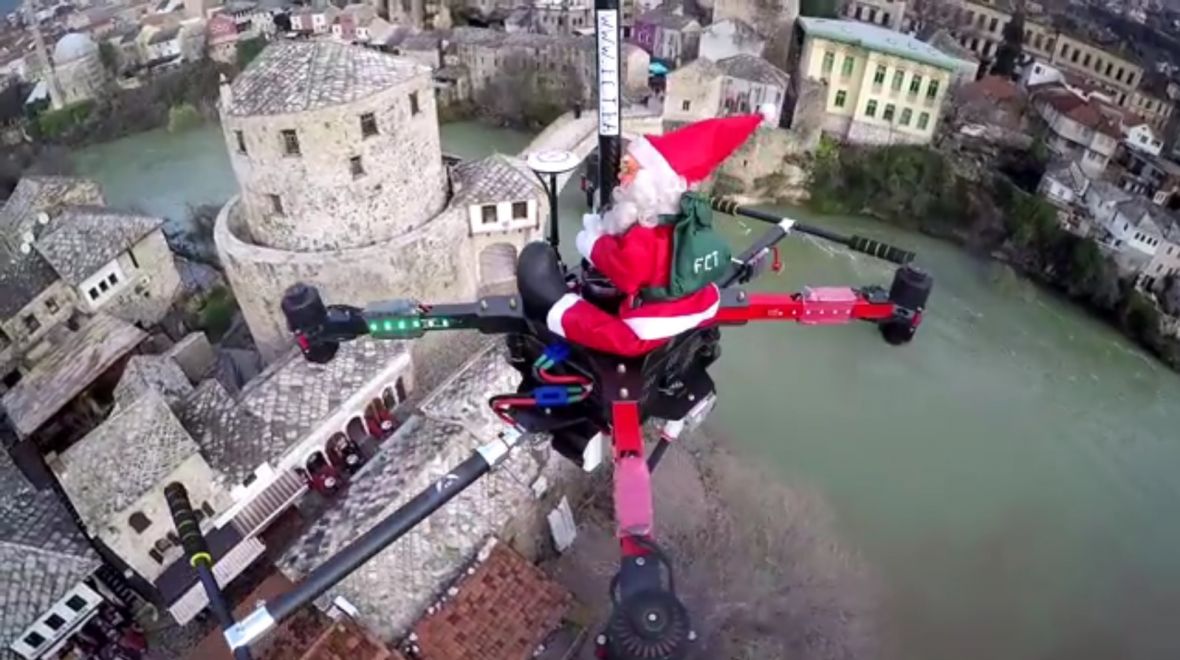 The lack of snow in BiH did not stop Santa Claus from visiting this region, and he flew over the city of Mostar yesterday.

Regardless of how strange it might sound, Santa Claus actually flew over Mostar and brought a holiday magic to this city. However, he replaced the sleigh with more modern technology this time and he ended up on a drone.

Specifically, the Flying Camera Team decided to celebrate these holidays in the city on Neretva in an unusual way, and they placed Santa Claus puppet on a drone and made couple of turns above the city of Mostar, which delighted many citizens.

Minores Association has been helping Homeless People from Mostar for 5 Years
Next Article Sarajevo Times wishes you a Merry Christmas!
Leave a comment Leave a comment