The Police Department of the Ministry of Interior of the Sarajevo Canton announced today that the police officers of that department, in accordance with the powers prescribed by law, are continuously taking measures and actions within their jurisdiction to protect the personal and property safety of citizens and visitors.

The Sarajevo Canton MoI reacted today in connection to the information that has been released in recent days, which caused the attention and certain concern of the citizens in the Sarajevo Canton, and related to the celebration of January 9, the so-called Day of Republika Srpska in East Sarajevo, which the Constitutional Court declared unconstitutional.

“In relation to the announced activities in the area of East Sarajevo on January 9, and on the occasion of which some associations sent public requests to the Police Department of the Ministry of Internal Affairs of the Sarajevo Canton for ‘setting up checkpoints on the inter-entity line’, the police commissioner held an expert meeting with the police managers of the organizational units of the Police Administration, and the conclusion was reached that the Sarajevo Canton police will take all necessary measures and actions to protect the achieved level of security in the Sarajevo Canton,” it is said in the statement of the MoI SC.

They state that, among other things, the exchange of security-related information with all police agencies in Bosnia and Herzegovina and the Intelligence and Security Agency of Bosnia and Herzegovina has been intensified, as well as the increased presence of police officers on the territory of the Sarajevo Canton.

“At the same time, we appeal to other authorities and institutions in Bosnia and Herzegovina to protect the constitutional and legal order within their competencies and powers, and to investigate and prosecute all individuals who, through their actions, cause and incite national, racial or religious hatred, discord and intolerance,” it is stated in the statement of the Ministry of Internal Affairs of the SC. 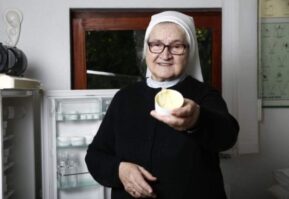 Nun Ljubica Kovac from Posusje, who treated People with Medicinal Herbs, passed away
Next Article 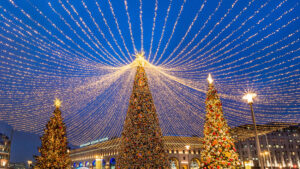