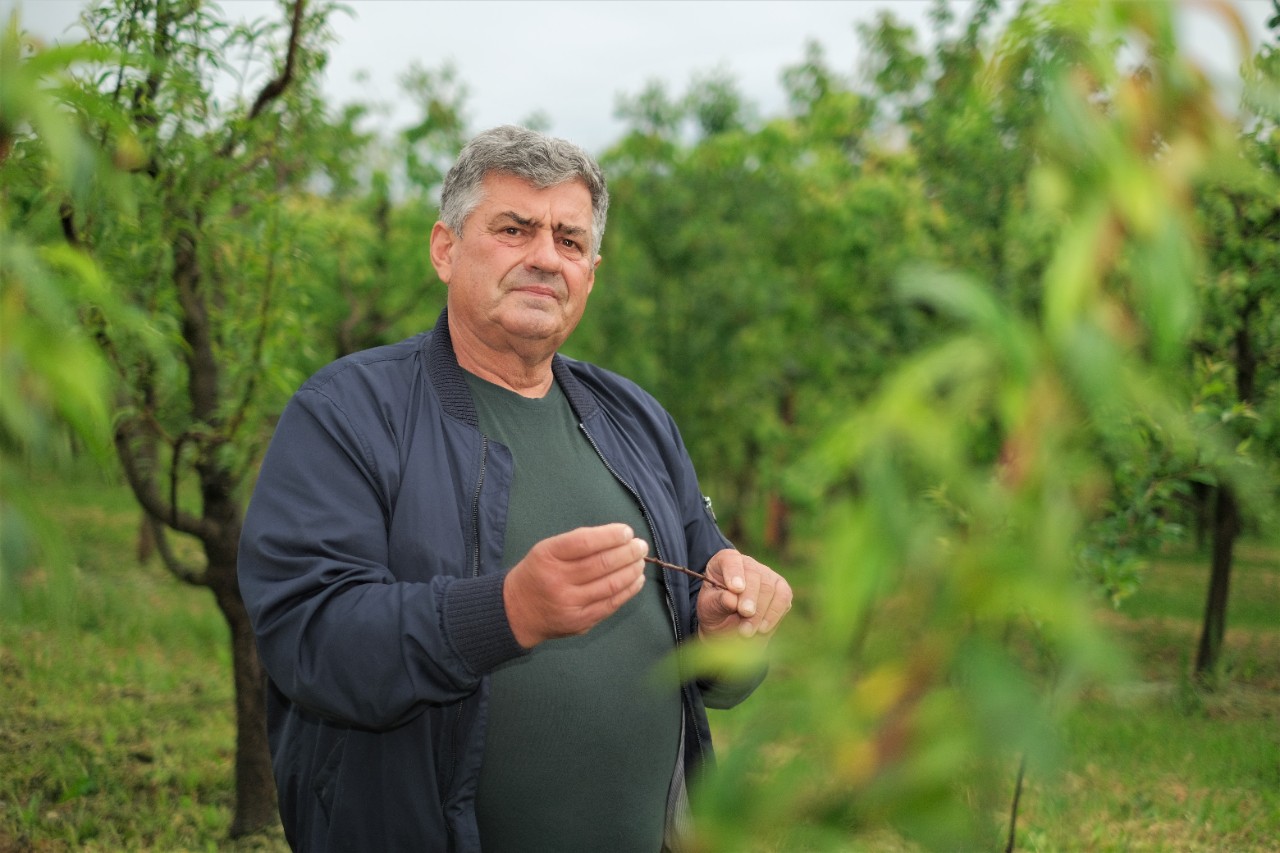 Looking at the heights of both Manjača and Vlašić mountains, Vaso Savić’s family orchard is one of the rare ones that grows peaches on the valleys around the northern Bosnian town of Laktaši. Largely cultivated in Italy and Spain and often seen in the Adriatic coastal areas of Bosnia and Herzegovina and Croatia, peaches in Savić’s home village of Miloševci are an uncommon fruit to grow in inland regions.

‘Peach is not common here in this micro climate around Laktaši. When I first planted peach in my village [back in 1987], everyone was in wonder as it is a Mediterranean crop – though a very nice fruit’, Vasić recalled.

What seemed unusual for the continental climate of northern Bosnia decades ago, now looks like a harbinger of climate change as this fruit tree, as Savić explains, is more resistant to the droughts that have become more frequent and intense. Characterised by four distinct seasons, Savić notices the continental climate in the region changing  – and with it, the fruit.

This 62-year-old fruit grower got into this branch of agriculture 40 years ago, and began his career working in the then-state-run fruit plantation company, as well as for private owners. Savić spent years closely collaborating with students, researchers, and professors working on harvesting and testing different fruit varieties. This diverse but specialised experience provided him with the knowledge that he now uses to grow his own 200 peach trees, 150 cherry trees, and dozens of apple, pear and plum trees, as well as to maintain the orchards of other owners.

‘There was a change of climate; we can feel it, and not in a positive sense’, Savić explains, adding that it there are now temperatures typical of summer arising in January, but wintery weather in the spring when the fruit trees blossom.

To fight against the undesirable consequences of these temperature fluctuations, one needs large investments into protection systems, something Savić says fruit growers in Bosnia and Herzegovina are unlikely do, as there are few state subsidies and low incomes in the area.

‘The state was always poor and could not subsidise our needs’, he noted, ‘and these are multi-year undertakings that require large investments. Back in the day, when the climate was favourable, it was possible that everyone could be a fruit grower, even without large irrigation systems’.

Savić understands that adaptive farming and celebrating biodiversity remains the answer to several sustainable development challenges. From nature-based solutions to climate, health issues, food and water security, and sustainable livelihoods, picking what to plant and when to plant in a changing climate is the foundation upon which we can build back better. By prioritizing measures in most vulnerable sectors, the country has identified the steps for strengthening future adaptation. One of identified measure within the NAP BiH is introduction of climate-resilient, high yield crop varieties and hybrids that  can help farmers, like Savic family, to avoid losses due to adverse climatic conditions. The transfer to new, more adaptive ways of farming would need further support of farmers to produce under the changed climate conditions.

Building resilience depends not just on how farmers manage resources, but on how well local, national, and global institutions support farmers. Only with proper climate change adaptation planning and budgeting can the most vulnerable sectors – such as agriculture – expect systematic, suitable, and sustainable support from both local institutions and donors.

To make this work possible, the governmental institutions involved in the NAP process are the Ministry of Spatial Planning, Civil Engineering, and Ecology of Republika Srpska as the country’s UNFCCC and GCF focal point, the Ministry of Foreign Trade and Economic Relations of BiH as a state-level ministry in charge of coordinating climate change adaptation activities throughout the country, and the Federal Ministry of Environment and Tourism.

Savić’s parents raised him and his two brothers in the family house that he still often uses when he visits to maintain the orchard and host his sons and their families. Growing up in a family that derived its sustenance from agriculture, he was naturally interested in fruit production, but as neither his brothers nor his two sons chose the same profession, he chose to work as a consultant and horticulturist for numerous orchards in the region rather than expanding his own.

The majority of large orchard owners he works with derive a greater share of their income from other industries, he noted, explaining that making a living from fruit production is fraught given both the economic insecurities of the Bosnian-Herzegovinian market, as well as the uncertainties brought about by climate change. In the last 10-15 years, recurring droughts are now compounded by unseasonal frosts.

‘Droughts happen all the time, but it is getting more intense. Winters are turning mild and summers are getting hotter. It is not deployed as it should be’, he said. ‘We cannot say we are satisfied, but if we have a harvest every third year – we can say “it is good”’.

What happens due to drought, he explains showing some of the troubled branches, is that the tree reabsorbs moisture from the fruits, which then become deformed and undeveloped, and fail to reach maturity.

‘It can happen that at fruiting, there is drought and the tree dehydrates the fruit if there isn’t enough water in the soil… The fruit remains deformed. It can still be used for something but it has no juice and this can’t be reversed. Then it has no market value…’.

Over his four decades as a professional fruit grower, Vaso Savić learned how some crops are more resilient to a lack of water than the others, with peaches being his leading candidate. ‘Peach is more resilient to drought’, he explained, adding that there are ways to shovel around the trees so that the soil preserves more moisture from the autumn to spring, in preparation for the dry season.

His experience taught him that aside from peach, cherries can withstand droughts as their harvesting season falls before the hot summer months (although it still must be nourished and treated with special care throughout the year). Vineyards are also more drought-tolerant than apple and pear trees, Savić elaborated.

Stunted fruits are not the only trouble that comes from droughts. Bark beetles, first attacking the weakest trees, are appearing more often and this requires additional efforts to nourish the trees and bolster their resistance to pests. With most of the earlier generations of pesticides banned in accordance with EU standards, fruit growers are encouraged to put more effort into the nourishment and care of trees in the first instance. And this, Savić noted, is expensive for many growers.

Restructuring and turning to more climate-resilient crops requires a lot of careful work and years of testing and investment, but also a fair measure of luck. ‘Before, we used to know from what side the rain would come’, Savić explained spreading his arms to the sky. ‘Now it is completely unpredictable when the cold winds will come’.

To carve out a measure of predictability for farmers, the BiH NAP project is advancing adaptation planning with a focus on the most vulnerable sectors – including water management, agriculture, and forestry – by upgrading the knowledge base for adaptation, prioritising adaptation interventions for the medium term, building institutional capacities for integrating climate change adaptation, and demonstrating innovative means of financing adaptation at the sub-national and local government levels.

Supporting the government to advance the NAP process and reaching the goals outlined in the Paris Agreement and 2030 Agenda for Sustainable Development, Green Climate Fund (GCF) resources are being used to not only support farmers, but also enable the government to integrate climate change-related risks, coping strategies – and opportunities – into ongoing development planning and budgeting processes. 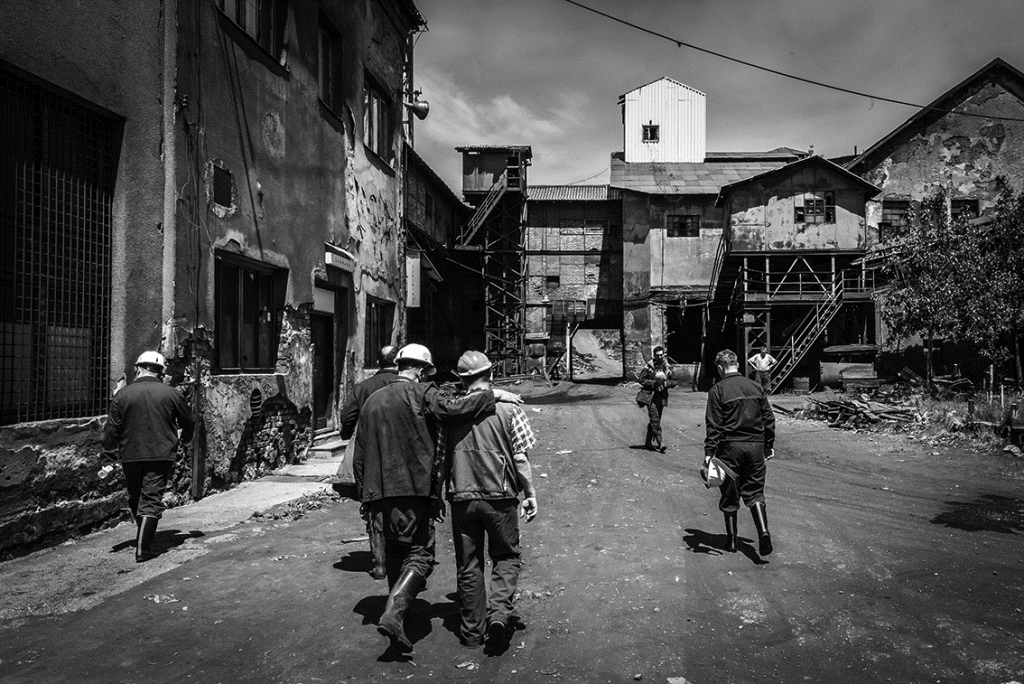