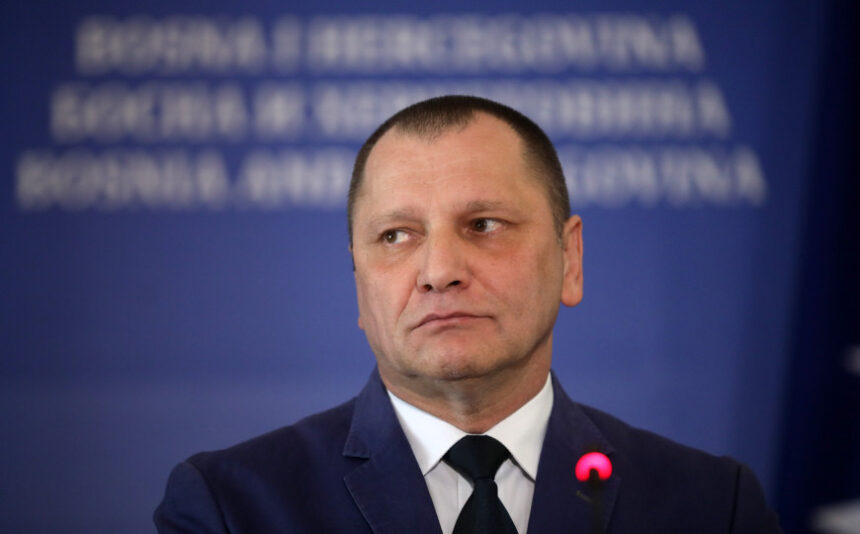 During a guest appearance on Face TV, the representative of the party For new generations (Za nove generacije – ZNG) and state representative Zlatko Miletic made a series of shocking claims about the events that preceded the signing of the agreement between Eight and SNSD and the very content of that document.

Miletic explained what happened in the days before the signing of the agreement on the formation of government at the state level between Eight, HDZ and SNSD, specifically highlighting the role of certain parties in that process.

“In our famous guidelines that were signed, it is said in at least two places that we will work on the rule of law and in point 5 that we will fight against crime and corruption and this is an opportunity for them to see which candidates the parties will nominate for ministers. We will not support criminals at any level of government. Now we are probably not the Eight, but I have not left the Eight. I am saying in advance that the people should gather their thoughts and elect some other candidates and be careful. I have made enough concessions for the Eight,” he told.

He commented that and what are the key challenges of the parties that make up the Eight.

“The problem is the lack of communication. I think that the representatives of these three parties are not behaving in the right way. They made a lot of decisions about which we had no idea. One of the things, for example, I took part in writing that famous agreement. During the preparation, a very strange thing happened, they (Trojka) received it from SNSD the day before and NiP and SDP had it the day before so that they would give it to me that day at the meeting at 11 a.m. They wanted us to have as few objections to that act as possible,” explains Miletic.

Also, he mentioned several examples, such as the fact that the paragraph on BiH’s cooperation of Bosnia and Herzegovina (BiH) with NATO was removed from the preamble of the agreement, and that it was subsequently inserted at his insistence.

“They were talking about the famous investments of the Republika Srpska (RS) when it comes to BiH. In the first point, someone cleverly thought that any ministry at the state level can give approval for any investment. Obviously, it is about the gas pipeline, the airport, Buk-bijela, whatever did those from the RS already intend. And they really took that into account and put the Presidency and the Parliament of BiH as decision-making bodies,” he emphasized.

Furthermore, he explained that just one day after he proposed changes to the agreement on the formation of government at the state level, the representatives of the Trojka parties agreed with the SNSD to delete everything from the text of the document.

“The day after, they go to a meeting in SNSD and remove everything we proposed. They removed everything, including cooperation with the NATO alliance and everything related to the functioning of the state. Niksic signs the agreement and none of us, ZNG, NES and others at all knew the content of that document. Not a single political party reviewed that document in its organs,” said Miletic.

He also emphasized that he talked with Damir Marjanovic, the president of ZNG, about whether he might have an agreement, after which he said that he read the agreement on the Klix.ba portal.

“They were obviously in a hurry to get their functions and sit in the chairs. I think they miscalculated a bit and didn’t pay enough attention to the content of the document itself. Until yesterday, we still didn’t find out which party got which seat in the Council of Ministers. Those from the Trojka know. If they called us and said, we party presidents want positions, we would say ok, but they underestimated us like this. We don’t even know who are the ministers or candidates, in fact, we don’t know anything. It’s lucky for ZNG that we didn’t ask for anything,” Miletic pointed out.

At the end, he said that certain leaders of the Trojka called some ambassadors at meetings and put them on speakerphone and read their messages. He pointed out that those ambassadors did not say anything special, but that those leaders compromised them, Klix.ba reports.

Presidency Member Komsic: It is unwise for Dodik to provoke a Conflict
Next Article