Member of the Presidency of Bosnia and Herzegovina Željko Komšić said today in Sarajevo that the goal of the parade on January 9 of the authorities of the smaller BiH entity is to evoke memories of the genocide, which they are proud of, to intimidate people, but also to increase their price with foreigners.

In his address at the scientific gathering ‘January 9 – The Road to Genocide”, Komšić stated that foreigners are always ready to run to those who are for the state of Bosnia and Herzegovina in such and similar situations, regardless of who is in power at that moment, and always with the question of what can be given to Dodik and the separatists to preserve stability and peace.

“However, in this regard, I think it is finally time for us all to say that we cannot and will not give anything to Dodik and the separatists because they have too much anyway,” said Komšić.

He stated that Milorad Dodik does not have the Yugoslav People’s Army and its arsenal behind him, nor the numerous paramilitary formations that his ideological and political predecessor Radovan Karadžić had, and that it is unwise for him to provoke a conflict in which the loss of what was gained through genocide is possible.

He believes that in the future we should not ask for any help from foreigners in stopping Dodik’s separatism because this has proven to be a complete failure so far, and we usually get their rhetorical condemnations in the form of demands on some other issues of state importance to be lenient.

He added that what everyone should be sure of is that “we will defend this country at all costs in case of secession attempts”. 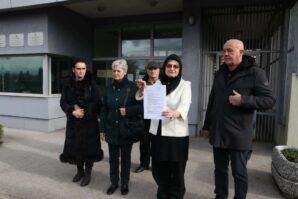 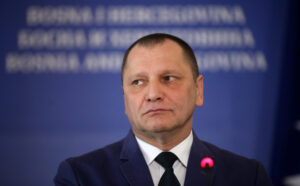