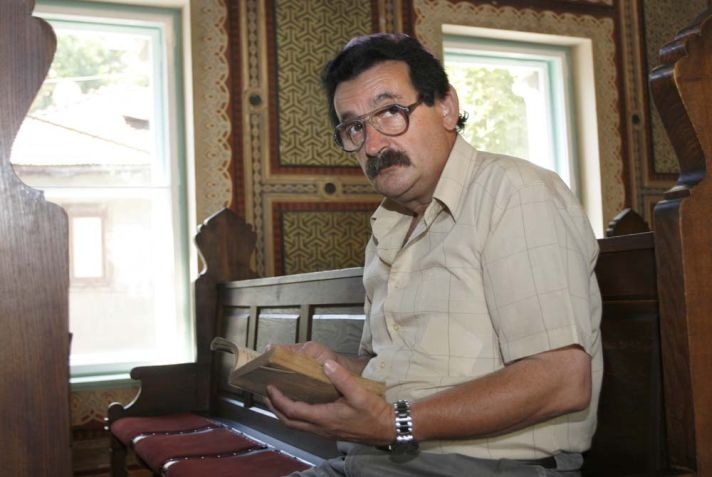 In 1941, when Sarajevo’s Jews were being rounded up and sent to concentration camps, Dr. Muhamed Kundurovic, a Bosnian Muslim, reported to a military camp where Jewish women and children were being held and declared they were carriers of an infectious disease. It was a lie, but a well-intentioned one, intended to get the prisoners out of the camp so he could help them escape, Huffington Post stated on Thursday.

Among those saved that day was Albert Musafia, age 11. Over the weeks and months that followed, non-Jewish friends and neighbors repeatedly helped the boy and his family. For a while, they lived hidden in an apartment in the center of Sarajevo; their neighbors all knew but no one turned them in to the authorities.

In a nation whose painful recent history gave birth to the term “ethnic cleansing,” Eli Tauber wants Bosnians to remember that even in the darkest of times, many risked their own lives to protect others from the forces of ethnic and religious hatred. A leader of Bosnia’s dwindling Jewish community, Tauber is leading an exhaustive effort to document the story of Musafia’s family and other cases when Bosnians saved Jews.

”This was something I needed to do. This is something that Bosnians need to hear about. People from many nations, many religions saved Jews ” said Tauber, who has written a book about his research and created an exhibit that he hopes to bring to communities around Bosnia.

Before World War II, Bosnia had a thriving Jewish community of about 14,000 that dated to the 16th century. Many were Sephardic Jews who had fled Spain during the Inquisition and eventually settled in Bosnia, then part of the Ottoman Empire. An estimated 12,000 members of that community did not survive the war. Much of the country’s Jewish history was erased too, its synagogues looted and destroyed.

The Bosnia war in the early 1990s further decimated the country’s Jewish community, sending many of the country’s remaining Jews fleeing to Israel. In Sarajevo, the Jews who remained helped feed and provide medicine to besieged residents of the city and organized some of the most successful humanitarian evacuations of the war.

Today there are only about 700 Jews left in Bosnia. Tauber fled to Israel in the early 1990s, but never forgot his homeland or the stories of how his parents survived the Holocaust. About 70 other members of his family perished, many of them in the notorious Croatian concentration camp Jasenovac, where Serbs, Jews, Roma and communists were killed.

“People said that after Auschwitz, after the Holocaust, it’s impossible for something like that to happen again. But it has happened,” said Tauber, referring to ethnic cleansing in Bosnia during the war and particularly the massacres at Srebrenica, where an estimated 8,000 Muslim men and boys were killed.

”And it’s terrible that it happened in Europe, so close to the European Union. And no one made any reaction”, he said.

Working with the Institute for Research of Crimes Against Humanity at Sarajevo University, Tauber began by trying to document the stories of people who had already been recognized by Yad Vashem, the Holocaust memorial organization known in Israel, as “Righteous Among the Nations” for their help saving Jews during the World War II. He tracked down relatives and collected photographs and documents, trying to turn the names into narratives with faces and histories.

But over the course of his research Tauber realized there were many other stories that remained untold. In 2007 he made a nationwide appeal and began to document about 100 more cases of people, like Kundurovic, who he believes deserve recognition for their actions during World War II.

The project is currently stalled due to lack of funding, but Tauber believes the stories show that despite its troubled recent history, Bosnia also has a long history of people of different faiths living together. Among those who saved Jews are Croats, Serbs and Muslims. Acknowledging that past, he thinks, can help the path toward reconciliation.

In some cases, the debt was later repaid and the families of those who saved Jews during World War II were themselves helped by Jews during the Yugoslav wars of the 1990s.

One story that received widespread attention in Israel is that of Dervis Korkut, the Muslim chief librarian of Bosnia’s national museum who helped save the priceless Sarajevo Haggadah — a 14th century illustrated Jewish holy book from Barcelona — from Nazi officials.

Korkut smuggled the Haggadah to a Muslim cleric, who hid it underneath the floor of mosque. But he and his wife Servet also took in a young Jewish girl, Mira Papo, hiding her in their house as their Muslim servant until she could escape the city.

Nearly 60 years later, when war erupted in Kosovo in 1999, the Korkut’s daughter Lamija found herself among the flood of refugees fleeing to Macedonia. With a photocopy of testimony from Papo, Lamija and her husband went to the Jewish community in the Macedonian capital of Skopje, who helped them flee to Israel. There, Lamija was greeted by Papo’s son, Davor Bakovic.

“In Bosnia, we have this problem. Many people are not willing to reconcile with each other because of the political situation,” said Tauber, after relating the story of the Dervis and Servet Korkut.

“We need to talk about people who saved Jews in World War II and who saved people in this recent war. People have told me, these stories would help, but no one talks about them,” he said.

Pope Francis announced his Visit to Sarajevo
Next Article UNDP: the Completion of Phase 1 Infrastructure Upgrades
Leave a comment Leave a comment