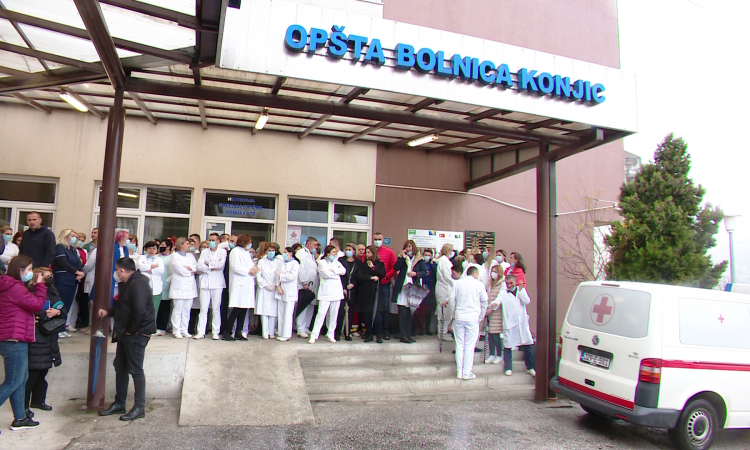 Yesterday, the Tax Administration of the Federation of Bosnia and Herzegovina (FBiH) unblocked the accounts of the Health Center and the General Hospital in Konjic, which created the conditions for the payment of salaries for 320 employees in these health institutions, who received their last salary in July.

The accounts of the Health Center and the General Hospital have been blocked due to a debt of 22 million BAM for contributions that have not been paid since 2008.

Namely, the Federal Tax Administration has signed an agreement with the management to postpone the payment of the debt for six months, and if the debts are not settled within that period, the accounts will be blocked again.

The Federal Police Administration is conducting certain investigative actions because contributions for employees of the Health Center and the General Hospital have not been paid for almost 14 years, and a report on that will be sent to the competent prosecutor’s office, as the media reported.

Doctors from Konjic announced on Monday that they would resign if the accounts were not unblocked until yesterday, and this was preceded by several warnings about the poor financial situation of employees due to the blockade of accounts, the blockade of the highway in Konjic, and the general strike.