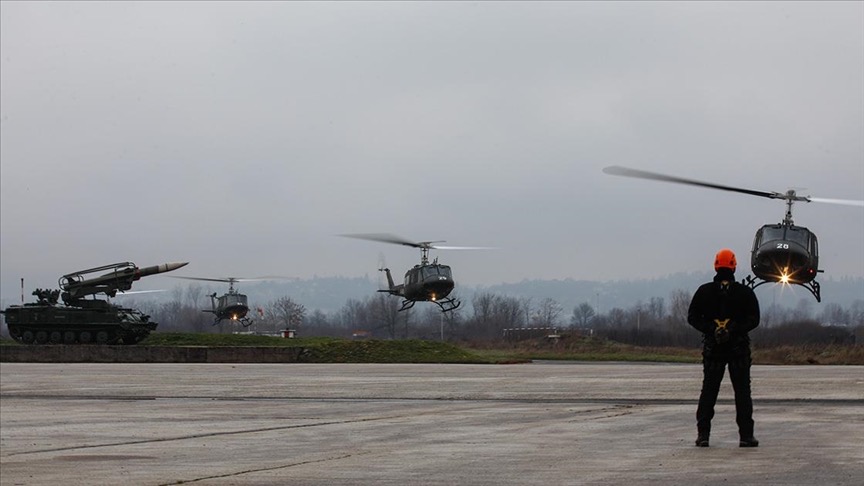 Four general-purpose helicopters Bell Huey II from United States (U.S.), intended for the Armed Forces of Bosnia and Herzegovina (AFBiH), landed yesterday in the “Rajlovac” barracks, where a handover ceremony was held on that occasion.

These are four helicopters, whose procurement contract has a total value of 38.539.378 U.S. dollars, of which BiH participated with 4.360.000 dollars, or 7.5 million convertible marks, through the Foreign Military Sales (FMS) program. The remaining amount was provided by the U.S. Government with funds from the U.S. Foreign Military Financing (FMF) friendly countries assistance program.

Members of the BiH Presidency, Zeljko Komsic and Sefik Dzaferovic, BiH Defense Minister Sifet Podzic, U.S.Ambassador to BiH, Eric Nelson, and Chief of the Joint Staff of the AFBiH, Colonel General Senad Masovic addressed the handover ceremony, who emphasized that the delivery of these helicopters is part of the modernization process of the AFBiH.

Komsic and Dzaferovic thanked the U.S. government for significant financial assistance for the purchase of new aircraft, which will increase maneuverability and be available in crisis situations.

It was mentioned on this occasion that it is necessary to continueto strengthen the AFBiH in the interest of all citizens and to fulfill obligations when it comes to the Euro-Atlantic path of BiH.

Komsic: People with functions are obliged to preserve peace and stability in BiH

”All those who have any function in BiH, especially in such a complicated and difficult political situation, are obliged to do everything to preserve peace and stability, ” repeated yesterdaythe Chairman of the Presidency of BiH, Zeljko Komsic.

He reminded that he belongs to a generation that remembers well what war is and said that he would never wish it to anyone, so everything that can contribute to stabilizing the situation needs to be done and it should be returned to the things that were talked about a year ago when discussing BiH’s path to European Union (EU) and NATO.

Also, he warned that decision-makers are not endangering themselves, but the people of BiH, and assessed that the time has come to move forward and do some smart things and stop raising tensions.