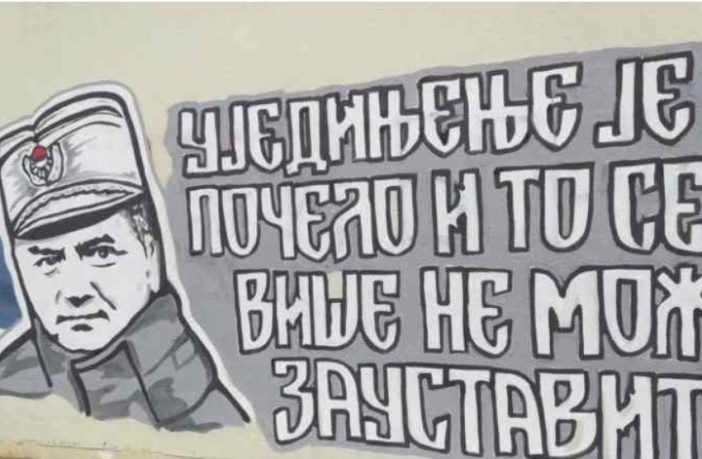 A mural dedicated to Ratko Mladic, convicted of genocide and war crimes at the Hague tribunal, was painted on the wall of a building in the wider center of Banja Luka. The mural is located in Gunduliceva Street. Its author is unknown at this moment.

The message “unification has begun and it can no longer be stopped” was written next to the drawn character of Mladic. The building on which the mural was painted is a few hundred meters away from the building of the Government of Bosnia and Herzegovina (BiH) entity Republika Srpska (RS).

A spokeswoman for the Banja Luka Police Department, Danijela Mucibabic, told Radio Free Europe (RFE) that the police had no information about this mural.

“As far as I know, we have not received any reports. It is the responsibility of the communal police,” Mucibabic told.

The mural in Banja Luka is not the only one in BiH dedicated to war criminal Ratko Mladic.

In recent years, they have been painted in several cities of the BiH entity of RS – Foca and Kalinovik, in the east, Gacko and Nevesinje, in the south of BiH, Gradiska in the northwest of BiH.