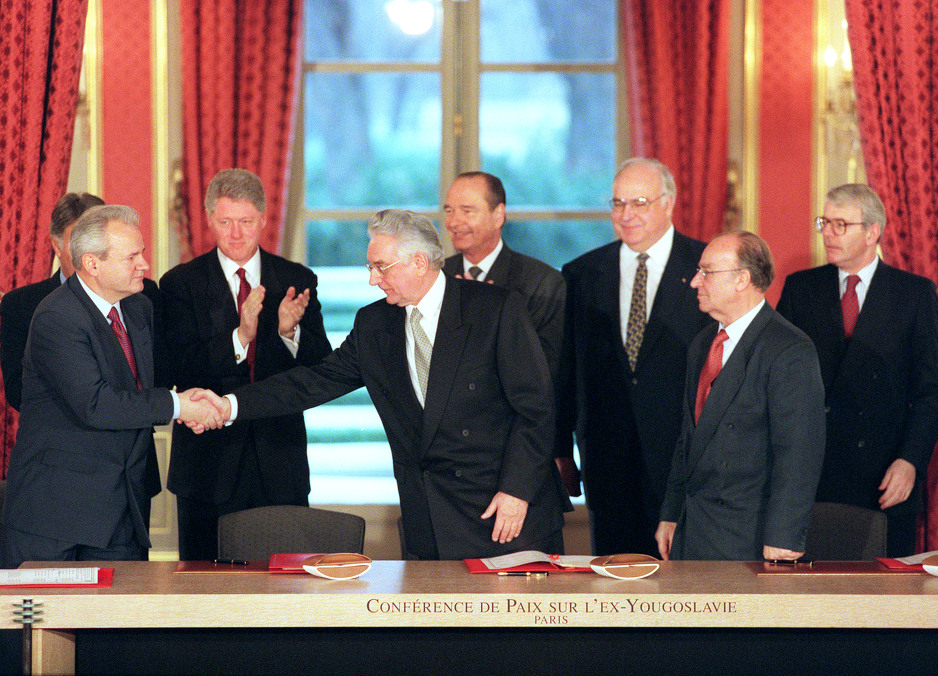 On this day in 1995, the Dayton Peace Agreement was signed in the Elysee Palace in Paris, officially ending the four-year war in Bosnia and Herzegovina.

The signing of the agreement was preceded by an agreement on November 21 of the same year in Dayton, Ohio, in the United States of America. With that document, Bosnia and Herzegovina was organized as a state of three constituent peoples and others.

The Dayton Agreement was signed by the main actors of the peace negotiations – President of the Republic of Bosnia and Herzegovina Alija Izetbegović, President of Croatia Franjo Tuđman and President of Serbia Slobodan Milošević.

All three states were created after the breakup of the Socialist Federal Republic of Yugoslavia.

According to that agreement, 51 percent of the territory belonged to the Federation of Bosnia and Herzegovina, and 49 percent to the RS. The Brčko District was formed as a separate territorial unit.

The Office of the High Representative in BiH (OHR) is the main authority in interpreting the agreement.

However, the Dayton constitutional arrangement of BiH became one of the basic problems in the functioning of modern BiH, as well as an obstacle on its path toward Euro-Atlantic integration.