The best Bosnian swimmer and senior European champion in the 200-meter butterfly, Lana Pudar, is returning to her hometown of Mostar tonight.

Pudar comes home after the great success she achieved at the European Senior Swimming Championships, which were held in Rome this week.

For Bosnia and Herzegovina, her medals are a historic success because Pudar is the first person to bring recognition to our country from such a large international swimming competition.

The Minister of Foreign Affairs of Bosnia and Herzegovina, Bisera Turkovic, announced on that occasion that Lana Pudar, the new European champion, will be granted a diplomatic passport.

Lana Pudar is a child of a city that does not yet have a suitable pool where she, as well as other young talents, could prepare for future competitions.

The Government of the Federation of Bosnia and Herzegovina allocated eight million BAM for the construction of the Olympic swimming pool, and the city authorities of Mostar determined the location where it will be built. 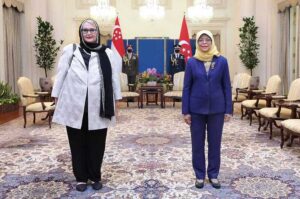