A year after the Netherlands began paying compensation to the relatives of certain victims of the Srebrenica genocide because its peacekeeping forces did not protect them, millions of euros have been paid out, but several thousand applications are still being processed.

”My daughter collected all the papers, I couldn’t,” says Hava Gluhic, whose husband Sabahudin Gluhic was killed by Bosnian Serb forces in the Srebrenica genocide in July 1995.

For Gluhic, one of the women from the Association ”Mothers of the Enclaves of Srebrenica and Zepa”, the process of seeking compensation began 15 years ago, when the association first filed a lawsuit against the Dutch state. The lawsuit claims that the Dutch peacekeeping battalion stationed at the United Nations (UN) base in Potocari near Srebrenica failed to protect Bosniaks from being killed.

For Gluhic, the process was fairly quick. After she signed an agreement, she received the compensation within a few days. For many of the Srebrenica victims’ relatives, it’s not about the money received, but more about the recognition they get because of this compensation.

The Supreme Court of the Netherlands ruled in July 2019 that the Netherlands was partially responsible for the deaths of around 350 Bosniak men who sought safety at the UN base in Potocari, but were then handed over to the forces of the Army of the Republika Srpska (VRS) on July 13th, 1995 and subsequently killed.

The court stated that the Dutch Battalion acted illegally because they knew that the men were in serious danger of being attacked or killed. The judgment estimated that, if they had been allowed to stay at the UN base, they would have had a ten percent chance of survival.

That judgment meant that the widows of the victims would receive compensation of 15.000 euros, and other surviving relatives would get 10.000 euros each.

According to the latest figures obtained from the Ministry of Defense of the Netherlands, more than 6.000 compensation claims have been submitted. By November, compensation had been awarded for 852 claims, while more than 600 of them had been rejected. All other claims are in the process of being resolved.

The total amount of 8.661.914 euros was paid to the relatives of the victims by November, according to the Ministry of Defense.

The largest group of people who are entitled to compensation are the relatives of Bosniak men whose names were on the so-called ”Franken list”. That list was compiled on July 12th or 13th by the Dutch Battalion on the orders of Major Robert Franken and includes approximately 250 names of Bosniaks who were inside the UN base.

However, some older men were not registered, and some people refused to have their names put on the list because they were afraid that the list might be handed over to the VRS. The ”Franken list” also includes some people who survived.

Due to the fact that the list was not complete, the Netherlands Compensation Commission Potocari commissioned a study to gain a clearer insight into the number and identity of the men covered by the Supreme Court’s verdict, Detektor reports. 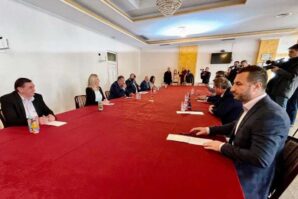 Meeting between Representatives of SNSD and the ‘Eight’ begins
Next Article 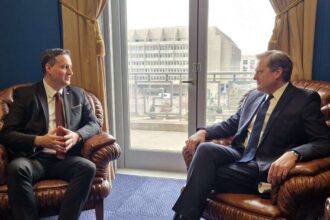