The old wooden Mosque in Buzim is constructed without the use of a single nail it is made entirely of oak wood. It continues to resist the test of time, representing a unique example of history and architecture across the region. It was built in its present form and dimensions in 1838, although there is evidence to indicate a Mosque existed in the same location prior to the wooden one. It was built or more precisely reconstructed by Mehmed Vedzihi Pasha, the then governor of Buzim.

The Mosque is made of an endemic and high-quality type of Oak, located on the Croatian border. Emam ef Grosic, the Imam of the Mosque says “The specificity of this Mosque is that it was entirely built of wood without using a single nail. Instead, the rigid connection was made with cuts and wooden nails. It is the most spacious and the oldest wooden Mosque in Europe, and most probably in the whole Islamic world because there are no similar structures anywhere. There are several similar Mosques in Turkey and Asia and countries near China, where wood is largely used. However, there are no other Mosques of this type made entirely of wood and with the system of multiple line pillars that are holding the entire structure”.

The Mosques’ dimensions are 18×16 and it has been reconstructed several times. The first time in 1937, almost a hundred years after its original construction whereby they removed the old roof and replaced it with roof tiles. Additionally, the minaret was shortened and the ‘serefe’ which is the opening on the minaret was transformed from a closed type to an open one, adopting an oriental style reminiscent of the old stone Ottoman Mosques. The most specific restoration took place in the 1960’s when the entire Mosque was rebuilt. Iman Grosic added, “In order to replace the old and worn-out joists the so-called cushions were placed in the foundation, local constructors had to raise the entire Mosque literally into the air in order to construct a wall under the wooden structure. It lasted for several months and it is interesting that during that time all the prayers in the Mosque were done without any problem. After the new foundation was completed, the Mosque without any damage was descended on the ground again. I think that it is a really unique example from the point of architecture and engineering and it is maybe even a phenomenon where the entire Mosque was in the air for months and then returned to its old position”.

Finally, in 2003, the old wooden Mosque in Buzim was declared a national monument placing it under the protection of the State. “After that, we were able to get some funds from higher levels of government for the restoration of the Mosque. We adapted the minaret with oak wood which helped it partly regain its old look. Two years ago, we renovated the roof and received carpets from a Turkish municipality, the Mosque is now covered with modern carpets whilst the old ones are kept in the attic of the Mosque,” said Imam Grosic. 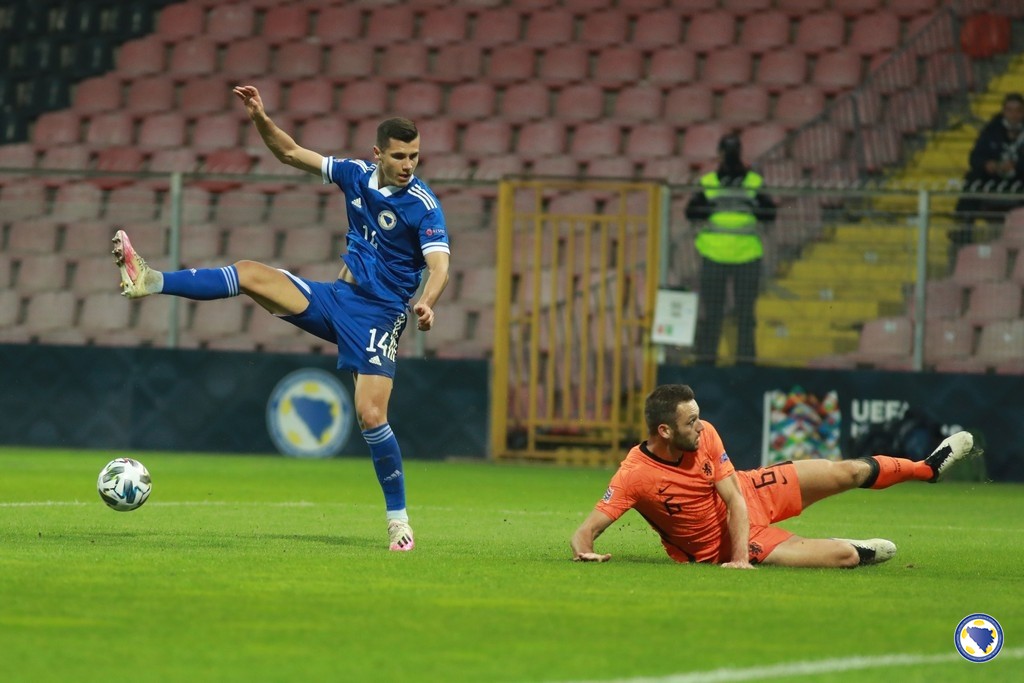