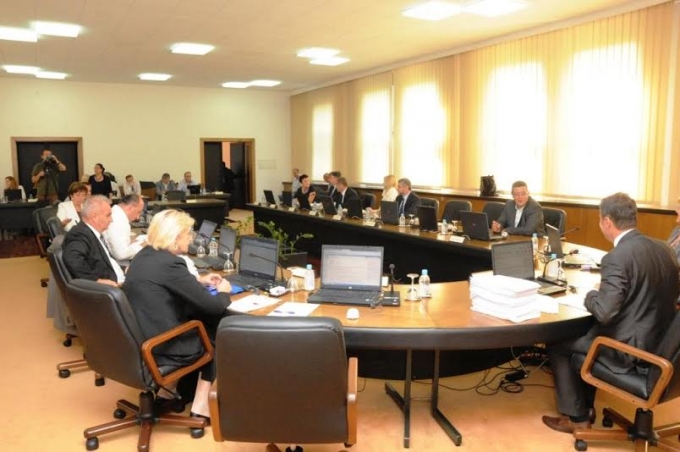 On yesterday’s session, the Government of FB&H got the information about the external and internal debt of the FB&H on the day of 31st of December 2014, which amounted to 6.252.95 million BAM.

Government of FB&H requested from relevant ministries, public enterprises and implementers of projects to quarterly submit an updated plan for the withdrawal of loan and grant funds for projects under implementation until their final realization to the Federal Ministry of Finance.

Government of FB&H committed the Federal Ministry of Finance and the Federal Ministry of Transport and Communications to perform activities related to signing annex of the agreement with the PE Railways of the FB&H that would reschedule obligations from the basis of external debt, both the current ones and those that due by the end of 2017, as announced from the Office of Public Relations of the Government of the FB&H.

Federal Ministry of Finance is also in charge for passing the information regarding the external and internal debt of the FB&H on the 31st of December 2014, on the website of the Ministry.