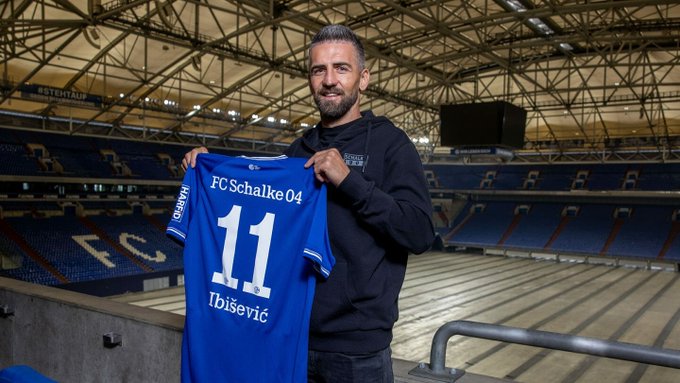 Vedad Ibisevic signed a one-year contract with Schalke on Thursday, and according to German media, he agreed to an annual salary of 100,000 euros.

Reputable Bild writes that Vedad Ibisevic has announced that he will be donating his annual salary to charity organizations, meaning he will only earn money from performance-based bonuses. Additionally, the player confirmed he rejected multiple, more lucrative offers in favor of Schalke.

The popular Vedator will wear the number 11 jersey in Schalke and will surely be a great reinforcement for the club from Gelsenkirchen.

The 36-year-old Vedad is the fourth-ranked scorer in Bundesliga history with 126 goals and is just seven goals away from reaching third-placed former Bayern Munich player Elber. That is exactly why Ibisevic turned down more lucrative offers from Turkey and the USA and stayed to play in Germany for a pittance, Reprezentacija.ba writes.