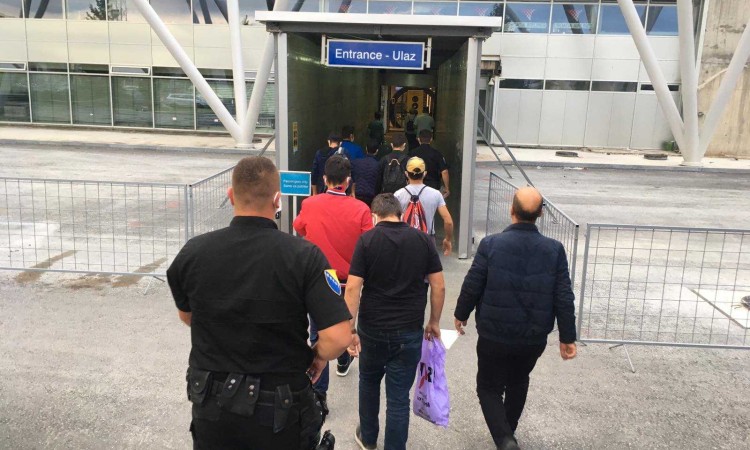 The database of the Register of Certain Foreigners (ROS) contains the names of about 300 people who were banned from entering BiH, including 27 citizens of Serbia, said yesterday the director of the Service for Foreigners Affairs of BiH, Slobodan Ujic.

“There are more than 60 Montenegrin citizens in the base, more than 70 Albanian citizens and the same number from Turkey,” Ujic told reporters in Banja Luka.

He says that the decision on the ban on entering BiH and the qualification that someone poses a threat to public order and peace and order in BiH is made by the Intelligence and Security Agency (OSA), and not the Service for Foreigners’ Affairs.

Ujic states that the Service for Foreigners’ Affairs performs the technical part, which is entering “acts and threats” into the ROS database, which the BiH Border Police must legally act upon.

“The Service for Foreigners’ Affairs cannot neither influence the acts of other security agencies, nor does it know whether there will be more threats in the next period. The authorities from OSA should be asked that,” said Ujic.

Fifteen days ago, a history professor Milos Kovic was banned from entering the Vardiste border crossing in BiH, followed by former Serbian Gendarmerie Commander Bratislav Dikic, who was returned from the Raca border crossing, and the last to be banned was Belgrade lawyer Goran Petronijevic.