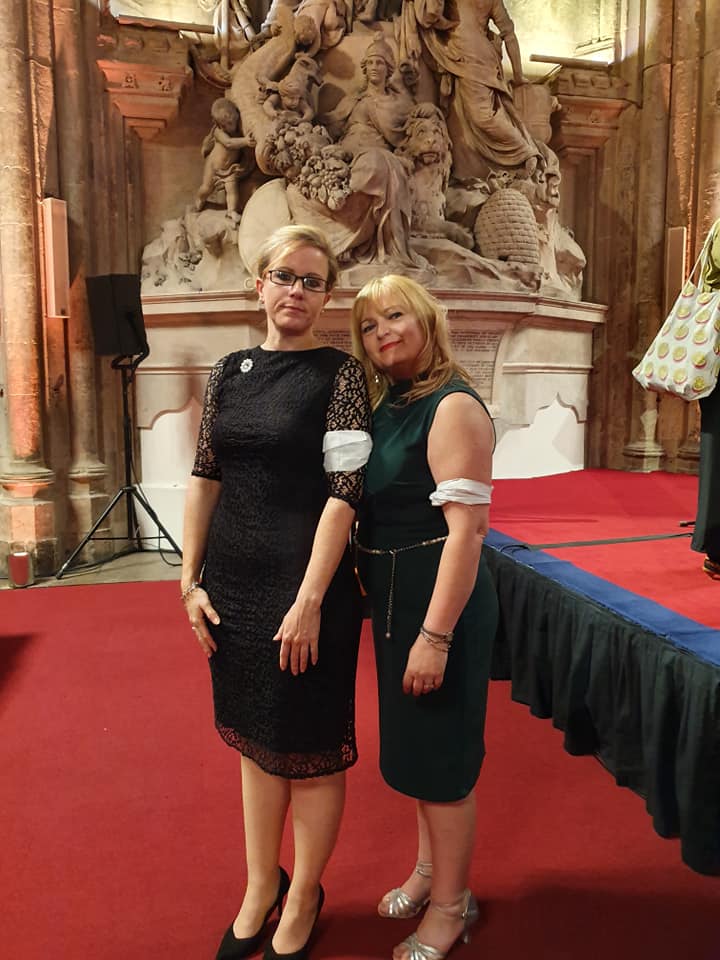 In memory of the persecution and murder of 3,176 citizens of Prijedor and the surrounding area, in these extraordinary circumstances of the Covid-19 pandemic, BH UK Network invited citizens of Bosnia and Herzegovina in the UK and other countries to send their photos with a white ribbon around the upper arm.

Having taken over the municipal government by force, Bosnian Serb authorities issued a decree on local radio ordering all non-Serb citizens to mark their houses with white flags or bedsheets and to wear white armbands when leaving the house. This was the beginning of the campaign of extermination of the non-Serb population in Prijedor, which resulted in the ethnic cleansing of 94% of the Bosnian Muslim and Bosnian Croat population from the Prijedor municipality, Remembering Srebrenica writes.

From forced classification, violence and terror escalated in Prijedor and led to executions, mass rape and the creation of concentration camps from where journalists Ed Vulliamy and Penny Marshall shocked the world with their report of images of emaciated prisoners of war behind barbed wire.

In Prijedor, 3,173 people were killed during the war. Almost 31,000 people were detained in prison camps, and 53,000 were forced to flee. In 2013, the International Commission on Missing Persons (ICMP) uncovered one of the biggest mass graves in the Prijedor municipality at the Tomasica mines where over 600 bodies had lain encased in clay for 20 years.

To this day, local authorities in Prijedor have refused to permit the construction of a memorial for the innocent civilian victims killed in the notorious concentration camp at Omarska or a memorial to the children that were killed in the war.

Last year, hundreds of people gathered for the funeral of 86 Muslim victims of a massacre committed in Prijedor by Bosnian Serb forces at the beginning of the 1990s Bosnian war.

The remains of the victims, mostly male and many teenagers, were found in 2017 in a mass grave at Koricanske Stijene, a mountain region of central Bosnia.

The remains were found at the bottom of a cliff, in a natural pit, and were covered by an enormous amount of stones.

The victims were part of a group of more than 200 civilians, notably Bosnian Muslims, but also several Catholic Croats, previously held in a detention camp at Trnopolje, in the region of Prijedor.

On August 21, 1992, they were loaded onto buses, officially for a prisoner exchange.

Remains of 80 killed camp detainees have not been found to this day, reminded Jasmin Mešković, President of the Association of Camp Detainees in BiH. He said that truth about remains of the killed at Korićanske stijene must be revealed, so that the families could find their peace.

After the bodies of camp detainees fell into the pit, members of the intervention squad of the police of RS continued shooting them and throwing bombs, so that no one would survive. Twelve people survived the massacre and their testimonies contributed to the punishing of some of the responsible ones. They helped record the truth about this crime.

It is still being searched for 80 percent of remains, because bodies of the killed camp detainees were transported and buried at other localities, which is testified by recordings of the Service for Public Safety Prijedor from September 4, 1992. However, those responsible for this crime and those who participated in the transportation of bodies (members of the police of RS and civil protection from Skender Vakuf) are still silent about the location of the bodies.