In the Herzegovina-Neretva Canton, there are active fires in the area of Citluk, Stolac and Neum, but for now they are under the control of local fire brigades.

The Civil Protection of this canton said that aerial assistance is not needed for these fires. The problem is the fire at Boracko Jezero, where the fire spread to mined areas.

It was emphasized that help from the air is necessary, but only if it does not endanger the pilot’s life.

The Council of Ministers of Bosnia and Herzegovina made a decision to request international assistance for protection and rescue in firefighting.

As Pero Pavlovic, spokesman for the Crisis Staff of Civil Protection of the HNK, confirmed for Srna, the request for international assistance was sent primarily to Croatia with a request for the engagement of Canadairs.

“Due to the difficult situation at the fire sites in Herzegovina from Konjic to Citluk and Capljina, international help in extinguishing the fire was requested and a request was sent to Croatia for the engagement of Canadians,” Pavlovic told Srna.

They will request from the competent authorities of Croatia a canada with a crew, which will be received by the civil protection authorities in Bosnia and Herzegovina.

As confirmed by the Konjic Professional Fire Department, the situation is identical to yesterday.

“The fire does not threaten the buildings, it is burning on inaccessible terrain and teams are on the ground. We are still expecting the helicopters of the Armed Forces of Bosnia and Herzegovina that will help us put out the fire.”

For several days, fires have been raging in Herzegovina, from Capljina, Citluk, Bileca, Gacko to Konjic.

Fire crews are on the ground, and residential buildings that were threatened by the fire have been saved.

Due to the strong wind, the fire spread quickly in and near Boracko jezero on the inaccessible terrain and activated mines.

By unanimous decision of the BiH Presidency, helicopters of the Armed Forces of Bosnia and Herzegovina were engaged to put out the fires.

What is the Number of People who can vote on Elections outside of BiH?
Next Article 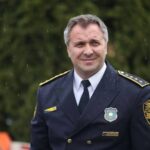