Polish soldiers and border police are trying, by all means, to prevent migrants from entering the European Union (EU). We are looking at the crisis we have witnessed in the Balkans since 2015. The question is, can these images become a real scenario in the Balkans again?

It would be fair to say that the Balkan route has never ceased to be active, even though this route so far has significantly fewer migrants who arrive in the countries of the region.

“Migrants on this route come from the EU, mainly from Greece, partly from Bulgaria, and move towards the EU, so the EU must provide a more comprehensive answer to all questions related to mass illegal migration,” stated Selmo Cikotic, Minister of Security of Bosnia and Herzegovina (BiH).

“It is necessary for us, along with the countries of the Western Balkans, to unite our forces together with your help and to fightagainst illegal migration,” said Ales Hoys, Slovenia’s interior minister.

Every country in the Balkans is struggling with migration in its own way. According to the Hungarian minister, the fight could go on for a long time.

“We are told that there are 30-35 thousand people leaving Afghanistan every day. And they will not stay in that region. If that massive flow comes from Afghanistan, we will be under pressure that will be much greater than anything seen so far, including 2015, “ emphasized Peter Szijjarto, Minister of Foreign Affairs of Hungary.

“That is why, of course, Croatia will invest our security services to the maximum, it will make every effort to ensure that no one can enter. Unfortunately, there will be violations in all ways, in police action as it always happens, but I think that Croatia is now on alert as much as possible,“ explained Branimir Vidmarovic, a foreign policy analyst from Croatia.

Serbia has 19 migrant centers, several of which are completely empty and can become operational for users within 48 to 72 hours. In North Macedonia, two transit centers with Serbia and Greece record a minimum number of migrants.

“In my opinion, the scenario from 2015 and 2016 could not be repeated, but I think that the migration flow will continue to be a bit capillary, and that is something to which the Republic of Serbia is ready to respond to at any moment,” said Nikola Popov from the Commissariat for Refugees and Migration of the Republic of Serbia.

“The reality of opening the Balkan route seems impossiblebecause there have been many such announcements since 2017,” noted Mersiha Smajlovic from a humanitarian organization from North Macedonia.

As we observe the situation on the Belarusian-Polish border and hope that the Balkan route will not be activated again, we have to recall that the city of Bihac has been suffering the greatest burden of the migrant crisis for years, as well as the entire Una-Sana Canton. There are three migrant camps in this canton, while there are two more in CS.

Commissioner Oliver Varhelyi in an official Visit in BiH
Next Article 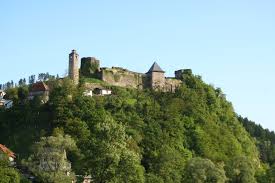