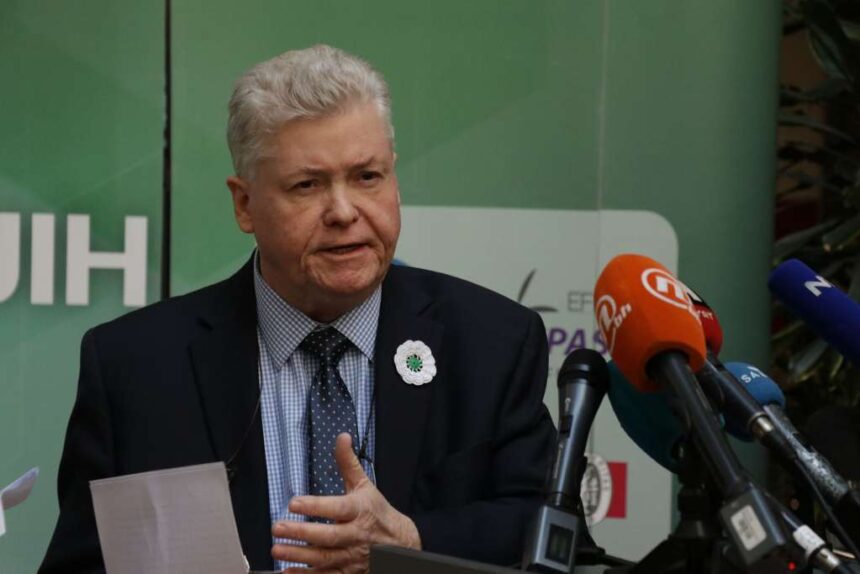 In the letter, they warn about the decisions of the High Representative in BiH, Christian Schmidt, to impose changes to the Electoral Law and the consequences they have on the formation of governments after the October general elections in BiH.

As they state in a letter that FENA had access to, Schmidt’s decision to impose changes to the Electoral Law on election night is a violation of the “Code of Good Practice in Electoral Matters” of the Venice Commission. They believe that it was designed to satisfy the verdict in the Ljubić case, in which the prosecutor raised the issue of legitimate representation of Croats.

However, the signatories of the letter believe that this further deepens ethnic divisions, while completely ignoring the judgments of the European Court of Human Rights, which consistently call for democratic reforms.

They also note that after the elections, the democratic standards of the European Union are violated in the process of forming governments by emphasizing the constituent nations. They expressed concern that the coalition agreement on the formation of the government, which was signed by representatives of the HDZ, the Alliance of Independent Social Democrats (SNSD) and the leaders of eight parties, does not mention BiH’s membership in NATO.

They also point out that the decision of the High Representative and the emphasis of the coalition agreement on the constituent nations directly contradicts the conclusion of the Council of the European Union, which granted BiH the status of a candidate for EU membership, because it states that no steps should be taken which would make it difficult to implement the Sejdić-Finci judgment and similar judgments or further deepen the divisions.

“However, the failure to mention joining NATO in the coalition document is a reason for even greater concern. The Russian Federation’s illegal and inhumane invasion of Ukraine and its documented interference in Western Balkan affairs were the primary motivating factor behind the decision to grant BiH candidate status for EU membership, and NATO Secretary General Jens Stoltenberg recently warned the world of Russia’s malign intentions in the Balkans,” they remind.

They emphasized that membership in NATO is crucial for preserving the sovereignty and territorial integrity of Bosnia and Herzegovina in the coming years. The omission of NATO from the coalition document is a concession to the president of the BiH entity Republika Srpska and SNSD leader Milorad Dodik, who made statements of support for the Russian Federation before and during the invasion of Ukraine.

The letter will be sent to the US Ambassador to Bosnia and Herzegovina, Michael Murphy, and members of the US Congress confirmed Professor of Philosophy and Holocaust and Genocide Studies at Southern Connecticut State University David Pettigrew, who is one of the signatories of the letter, for FENA.