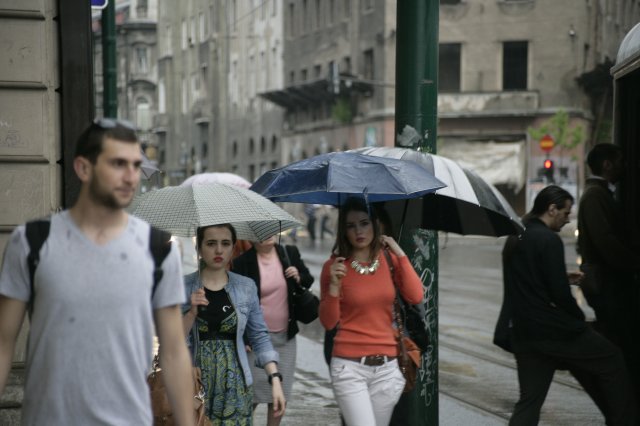 Due to precipitation and thunder, a yellow meteorological alarm is in force in most of Bosnia and Herzegovina. Thunderstorms are expected in the Sarajevo region, and more intense precipitation is possible locally, followed by hail.

At the same time, thunderstorms are forecast in the Bihac, Livno and Mostar regions.

Moderate to mostly cloudy and unstable weather with showers and thunderstorms will prevail in Bosnia and Herzegovina. Locally, more intense precipitation is expected, followed by stronger winds, and in some places the appearance of the city is possible, mostly in the morning and before noon.

During the day, gradual cessation of precipitation and reduction of clouds. Wind weak to moderate, north direction.

It will be mostly cloudy in Sarajevo. Rain is expected in the morning and before noon. Morning temperature around 13 and highest daily around 23 degrees Celsius.

Zeljko Komsic on the Death of the President of the UAE: He was a great Friend of BiH
Next Article

Did the Prosecutor’s Office abuse the Decision of the Constitutional Court on the Dobrovoljacka Case?
Leave a comment Leave a comment