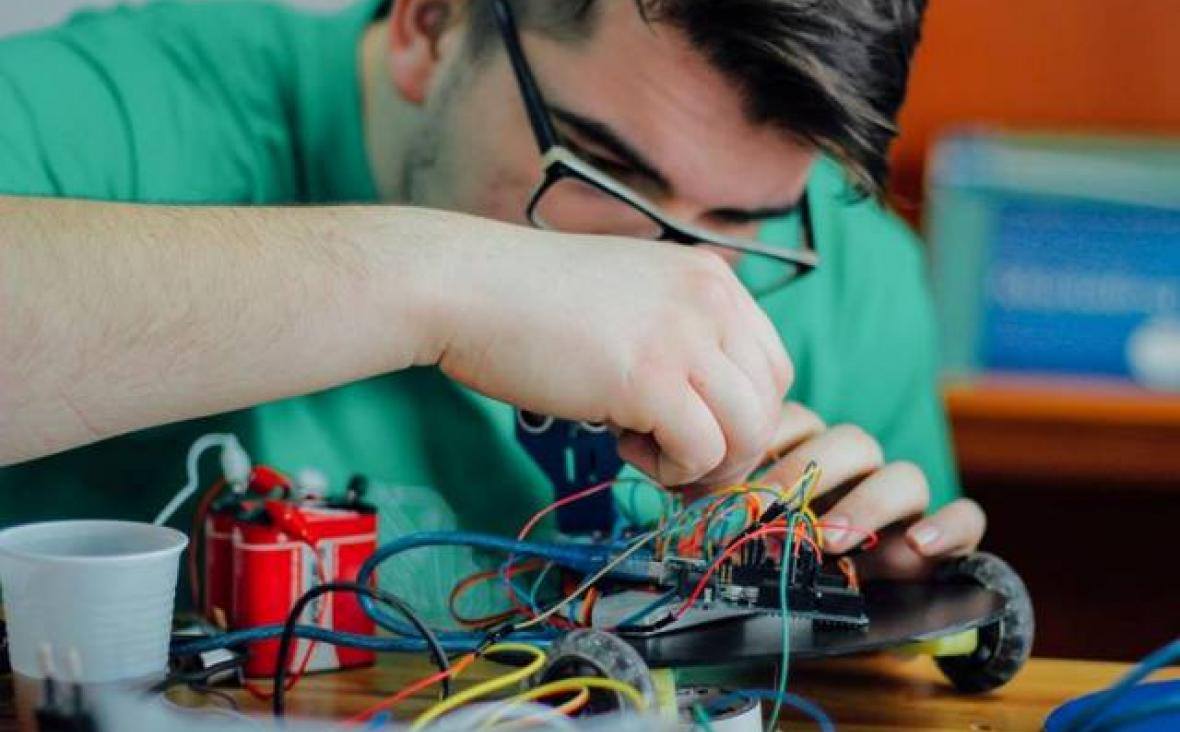 Despite being almost completely deaf, Dalibor Dumić, a young engineer from Bihać and one of the most promising IT students in Bosnia and Herzegovina, is developing an ambitious project to design a brain-controlled wheelchair.

Dalibor is 22 years old and a student of Burch University in Sarajevo and this is his graduation project.

“I’ve seen similar projects where the mind can control a robot arm, and I wanted to implement this concept to a wheelchair, as it would be extremely useful for people with disabilities,” he explained.

This project consists of three key components: a sensor that detects nerve activity, as well as  software and hardware which are necessary to control the wheelchair.

“The sensors will be placed on the skull and will scan the nerve activity of the brain,” explained Dumić.

Neural activity will be amplified and sent to the software that will be installed on a tablet with a Windows 10 operating system.

The software then receives information from the sensors, processes them through the algorithm and gives the final command to the hardware built into the wheelchair.

“This idea doesn’t aim to read people’s minds, it is more about reading their neural activity and responsiveness to change parameters of the signal,” says Dumić and says that the project should be ready by the end of the year.

“My desire is to make this easy and accessible so it can be useful to a lot of people, especially people in Bosnia,” said Dalibor.

The IT sector did boom in Bosnia in recent years, but Dalibor notes that it is still hard for him to develop his skills in Bosnia and Herzegovina, despite being part of a worldwide program designed by Microsoft (Microsoft Student Partners) which sponsors students’ activities related to technology.

“Developing skills is not easy,” he concluded.

One of his problems is that he suffers from almost complete hearing loss, which is a big problem in the Bosnian education system.

“People here close their eyes to this,” he noted.

“In order for me to understand them, they need to speak slowly and without raising their voice, which is often a problem;when people notice my problem they begin to shout, thinking I would hear them better, instead of speaking more clearly. When my peers speak too loudly, it’s as if they’re mocking me” said Dalibor.

He added that it is difficult to understand what professors say.

Although many young people are leaving Bosnia to find a job, Dumić said that he sees his future in BiH.

“I want to become an innovative and useful member of the community,” said Dumić blaming the people around him for being too pessimistic.

“People here are mostly pessimistic and because of that the situation can’t get better. A lot of good things are going on, but many people can’t see them because pessimism prevails. It destroys peoples’ inspiration,” concluded Dalibor.