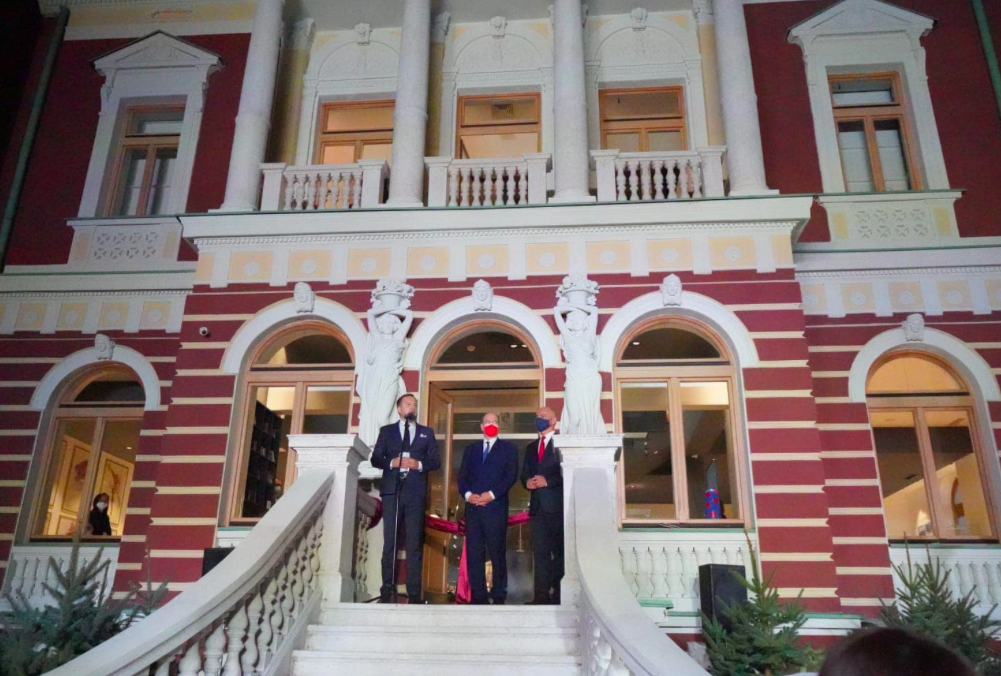 Another famous symbol of Sarajevo, completely destroyed during the aggression on Bosnia and Herzegovina and the siege of Sarajevo, shone in full glory after 28 years.

“At the beginning of our mandate, we clearly said that we would restore all the destroyed and demolished symbols of this city, and slowly, our dream is coming true. Tonight is proof of that. This museum, our city, Bosnia and Herzegovina was defended by the best sons of our country, some tonight are not with us, they gave their lives on that path and may mercy and eternal glory and praise be upon them “, said Mayor Abdulah Skaka and promised to continue building and working hard to make the city of Sarajevo as beautiful and better as possible, way, we will never give up on that road, and we promise you that tonight. ”

The mayor said that young people are the future of our country, and projects like EYOF 2019 are a message for what will be worked on in the coming period, Vijesti.ba news portal reports.

The Olympic Museum, as another trademark of Sarajevo, will permanently preserve the memory of the “golden period” of this city, the 14th Winter Olympic Games, but also EYOF 2019, which reminded us all of the value of the Olympic spirit and the future we need to build.

The ceremony was attended by ambassadors, the diplomatic corps, representatives of the executive and legislative branches, city councilors, journalists and fellow citizens.

The President of the International Olympic Committee, Thomas Bach, sent his emotional message via video link, a memory of the period of the 1984 Winter Olympics in which he was a participant, and a congratulatory message on the opening of the Olympic Museum.

“The new and better Olympic Museum plays a big role in preserving the memory of all unforgettable sports games and it will continue in the future. The museum shows the history of the living sport of BiH in all its aspects and the whole spectrum of human emotions. It is a place to learn, think and enjoy. They will learn about the power of sport in creating a better future,” Bach said.

On behalf of the BiH Olympic Committee, President Izet Rado said that people will reaffirm values and that the renovated museum will give new generations hope for a better future through the lessons of glorious Olympic past.