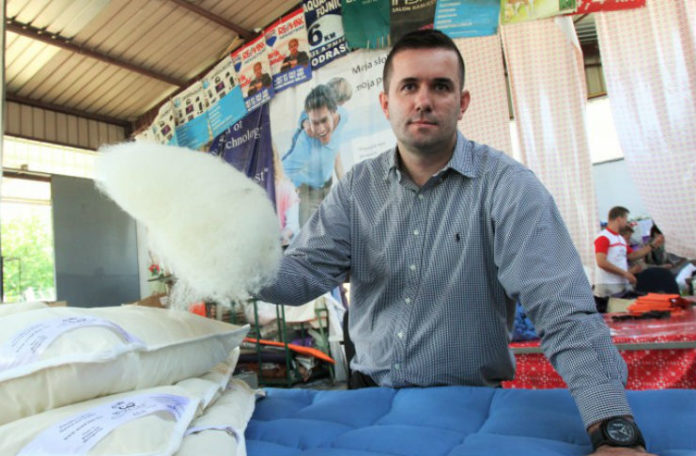 Company “Wool – Line” made a brand from discarded raw materials such as wool, employed people and introduced novelties in the field of engineering.

Wool, which sheep breeders were mostly throwing away in the trash after shearing sheep in recent years, now might end up in your pillow, mattress or as thermal and sound insulation in houses. Company “Wool – Line” from Hadzici near Sarajevo is purchasing wool from BH farmers and use it in the production.

Last year, this company launched a line for production of house insulation, which can contribute to solving ecological and financial problems of the use of wool as a valuable resource.

The company “Wool- Line” received the innovation award of the German economy for the start of their production, and thus became a part of the base of businessmen of Germany.

They are trying to buy as much wool from BiH as possible during the season of shearing sheep from April to August, and that is about 1,500 to 2,000 tons. With this, about 20,000 sheep breeders can have a benefit from it.

“It is our wish that both sides, farmers and manufacturers, are satisfied. I have to also mention that the wool belongs to stock exchange goods, and thus we cannot dictate the price of the purchase of wool. The Stock Exchange dictates the purchase price of wool. It often happens that it is cheaper for us to import the raw material from Europe than to buy wool here. However, we are loyal to our local farmers and we are trying to use as much of local raw materials in our production as possible,” said Bojcic, the director of the company “Wool-Line”.