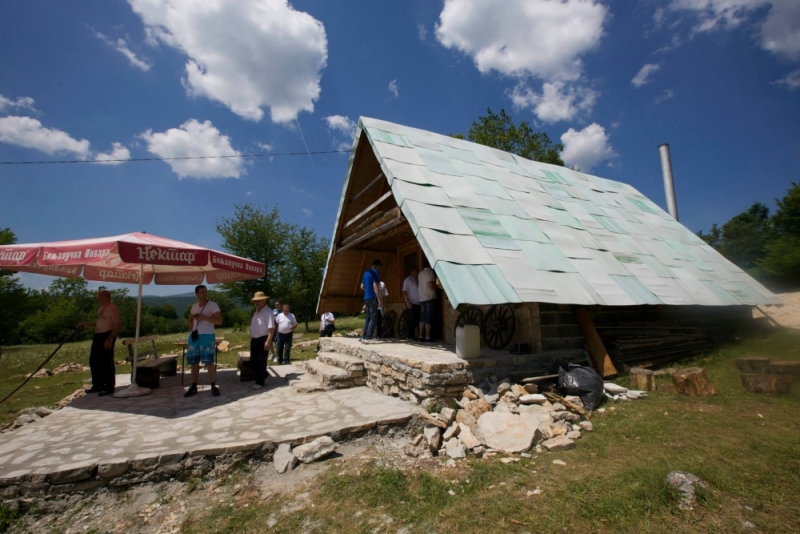 Scientists from the University of Ljubljana, Rok Zupancic and Faris Kocan, are jointly exploring the village of Baljvine near Mrkonjic Grad, Bosnia and Herzegovina (BiH), where there was no conflict between Bosniak and Serb neighbors during the 1992-1995 war.

Zupancic is an associate professor at the University of Ljubljana and a researcher at the Center for Defense Research. His main areas of interest are conflict prevention and peacebuilding in Southeast Europe. In the project of researching the settlement of Baljvine near Mrkonjic Grad, he is responsible for connecting the two pillars of the project, developing conceptual and methodological approaches, and partly for conducting research in BiH (Baljvine), Kosovo (Kamenica), and Croatia (Vukovar).

Namely, Zupancic got acquainted with the peculiarity of the village of Baljvine through a TV report that motivated him to start scientific research of this settlement in the municipality of Mrkonjic Grad.

“In one of the rare media reports about the village of Baljvine published by Al Jazeera Balkans in 2014, I was introduced to this story. I called several of my colleagues from BiH who were not familiar with this village and I realized that it was very good an example for analysis, because it is not very well known, ” pointed out Zupancic.

In addition to Baljvine, he included in the research a similar settlement in Kosovo, where peace was maintained between Serbs and Albanians, and Vukovar in Croatia.

“The aim of the research is to determine which factors influenced and contributed to the fact that certain towns or villages in otherwise divided societies of Southeast Europe have better relations when it comes to interethnic conflicts. BesidesBaljvine, we will explore the town of Kamenica in Kosovo where relations between local Albanians and Serbs are quite positive. Based on this,  we want to learn which approaches can be used to reduce the ethnic distance between people of different backgrounds, especially if physical-mental (somatic) approaches to people can help reduce interethnic distance,” Zupancic said.

Zupancic has already been on the field and realized severalconversations with the residents of Baljvine.

“We expect the public to pay attention to the results of thisproject, which are very important in the context of the increasingly negative situation in the region because they show that relations can be free of ethnonational exclusivity. The example of Baljvine village shows a tendency for better societies in Southeast Europe to be possible, “ Kocan concluded.