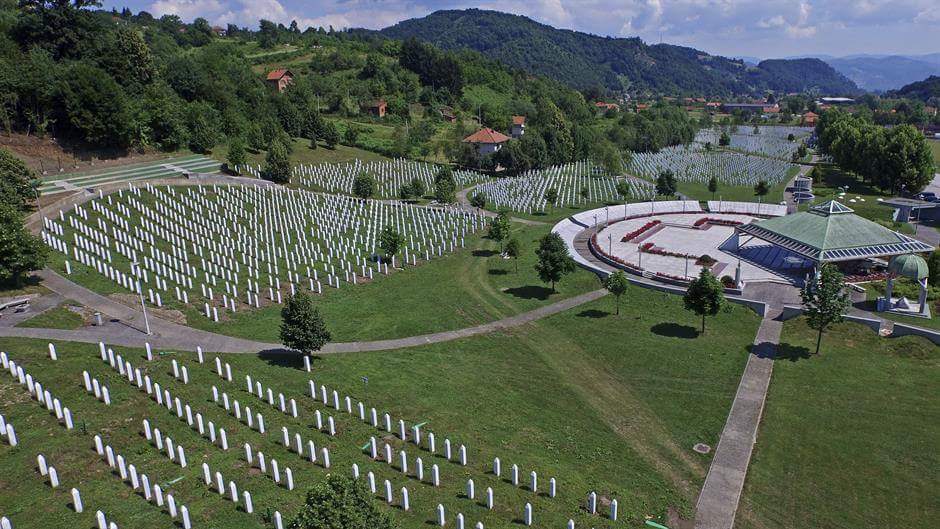 To date, not a single case related to possible crimes committed by so-called volunteers during the war in Bosnia and Herzegovina (BiH) has reached a court in Greece, despite constant calls for action.

The Greek authorities insist that they do not have enough evidence, but the information is not hard to come by.

A large number of Greeks still ‘brag’ that they went unpunished for their presence in Srebrenica and other scenes of war crimes.

After the outbreak of war in BiH in 1992, international volunteers of various nationalities who were motivated by financial, religious, and political reasons joined the Serbian forces.

Behind the Russian contingent, Greek volunteers became one of the largest foreign groups that joined the Army of the Republika Srpska (VRS) and fought alongside their fellow Orthodox Christians.

The exact number of Greek paramilitary forces in BiH remains unknown. Estimates vary from 150 to 300 soldiers.

The first Greek members of the paramilitary forces were seen in VRS units during the siege of Sarajevo in 1993.

In the following months, their numbers grew, especially after the Greek media supported their cause together with the Greek Orthodox Church and far-right organizations. The Greek members included volunteers, mercenaries, and right-wing extremists linked to the self-proclaimed fascist political party, Golden Dawn.

The unit was led by the Greek Antonis Mitkos and was part of the Drina Corps of the VRS, based in Vlasenica.

On July 11th, 1995, Greeks were seen together with VRS units during the takeover of Srebrenica, which led to the genocide of more than 7.000 Bosniak men and boys over the following days.

Calls for justice are ignored

”The dominant opinion is still that Greece acted in its national interest by supporting the Serbs,” says Takis Michas, journalist and author of one of the most important testimonies of Greek participation in the Yugoslav war, the book “A dishonorable Alliance: Greece and Milosevic’s Serbia”.

In 2005, 163 Greek academics, politicians, journalists, and political activists issued a call to Greece to officially apologize to the victims of Srebrenica for any Greek presence in the area during the massacre.

During the only official preliminary investigation into the matter, which opened in 2005, Michas was called to testify by an Athenian prosecutor.

In 2011, the Athenian prosecutor proposed “not to indict” seven Greeks for the crime of “murder with intent”, explaining that it was not possible to determine the activities of each of the accused, as well as the identity and number of victims of their alleged criminal activity in the Srebrenica genocide, Detektor writes.

German Minister of Foreign Affairs, Annalena Baerbock, to resolve the Situation in BiH
Next Article