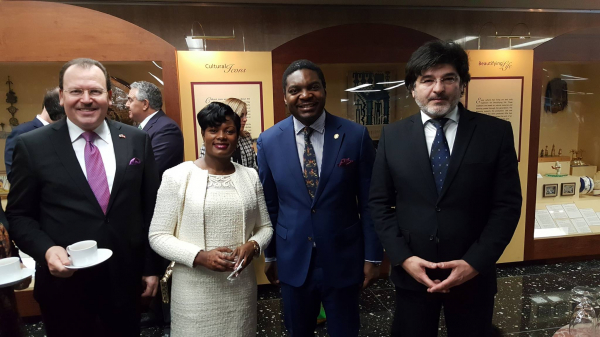 BiH Embassy in the United States, on its official Facebook profile, published photographs from the inauguration of the US Presidet Donald Trump.

The official ceremony was attended by Hrle Haris, BiH Ambassador to the US, but not the persons from the country who for weeks claimed to have been invited.

Ambassador Hrle attended a breakfast at the State Department, the president’s guest house “Blair House”, as well as the inaugural ball and reception for heads of diplomatic missions.