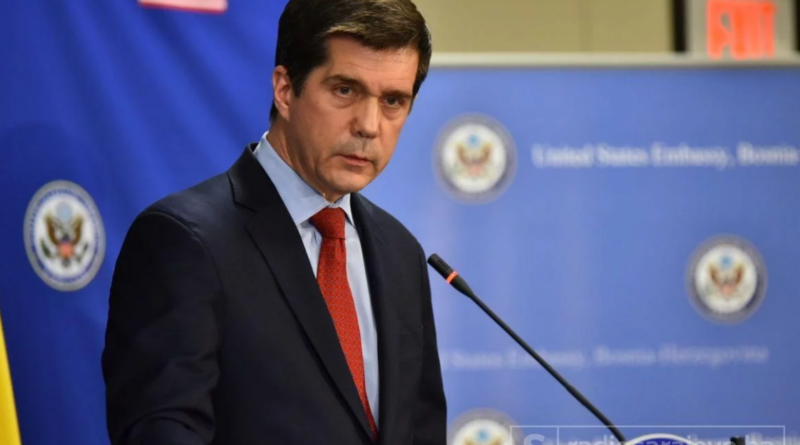 US Ambassador to Bosnia and Herzegovina Eric Nelson stated today in his blog that every day BiH citizens feel the effects of a short-sighted focus on entity competencies rather than on creating a functional BiH that strengthens all citizens.

“The simple and important impacts can cost lives, like the lack of a central 112 emergency number. An updated state-level e-signature law is another commonsense reform that will improve the life of every BiH citizen by reducing bureaucracy, speeding up delivery of public services, and easing international commerce. A central registry of bank accounts is necessary to combat money laundering, hinder corruption, block terrorist financing, and better secure the banking sector,” wrote Nelson.

He thinks that the future of all citizens is a single BiH of two entities, three constituent peoples, with all citizens moving together as part of the European community.

“As Secretary Blinken communicated clearly, basic yet important rule of law, economic, and electoral reforms are what BiH leaders can achieve this year.  Instead of doing the work needed to create jobs and economic growth, root out corruption, end discrimination, and enable freer and fairer elections, politicians seek to distract and to abandon their own responsibility,” Nelson stressed.

He added that they do so by stoking fear and division reminiscent of the 1990s, a period to which nobody wants to return. They call for secession, want to revert to a retrograde “Original Dayton,” and call into question the DPA-guaranteed existence of both entities.

“These distractions serve leaders’ interests by preserving the opaque and unequal economic and political systems that enrich them and maintain their influence at the expense of ordinary citizens and lives. Sanctions for destabilizing the DPA and for corruption are on the table. Citizens can deliver an even more powerful sanction at the ballot box. This is why reforms are so essential in this non-election year and why leaders seem intent on distracting citizens from what is at stake,” wrote Nelson, the U.S. Embassy said.