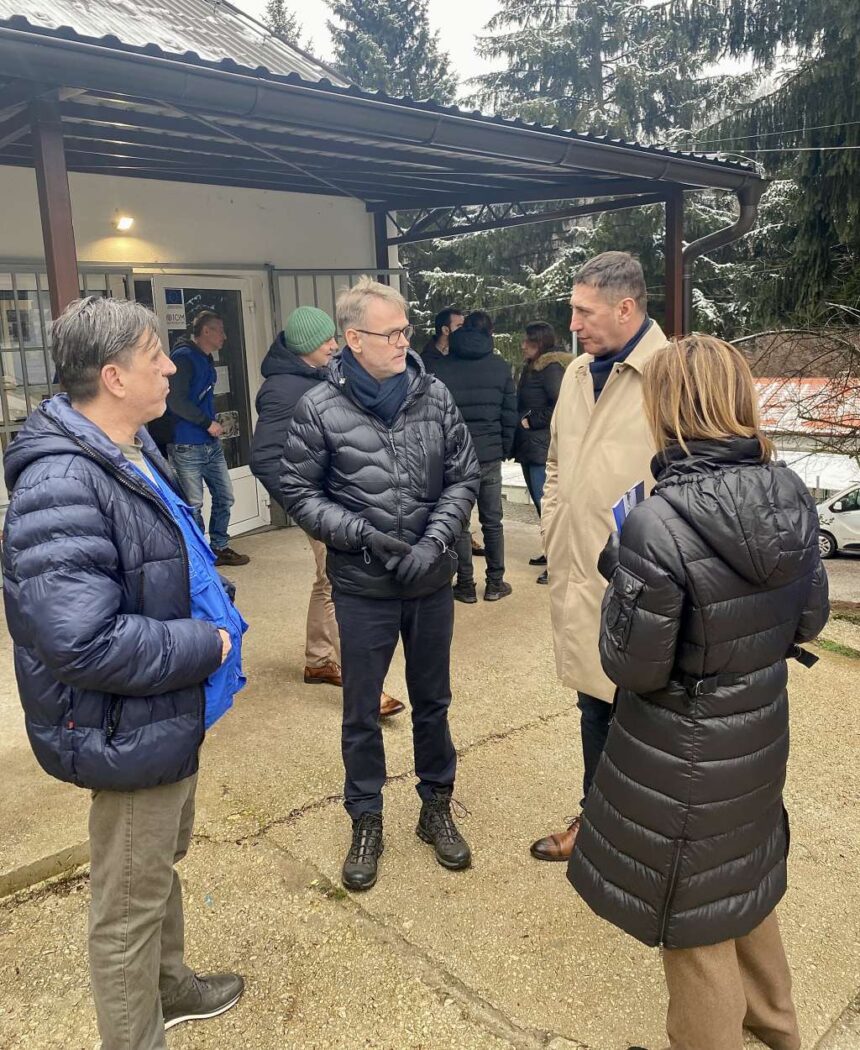 In December 2021, the International Organization for Migration (IOM) and the Ministry of Foreign Affairs of Norway launched a regional initiative to respond to mixed migration flows in the Western Balkans.

On this occasion, representatives of the Norwegian Embassy in BiH and IOM BiH, Olav Reinertsen, Norwegian Ambassador to BiH, and Laura Lungarotti, head of the mission of IOM BiH and sub-regional coordinator for the Western Balkans, visited the Ušivak Temporary Reception Center in Hadžići today.

“The initiative, launched a little over a year ago, was successfully implemented in the Temporary Reception Center Ušivak, which we visited today. The Ministry of Foreign Affairs of Norway recognized the importance of that project for the Western Balkan region, and financial support for the regional initiative was increased at the end of 2022. We strive to secure the area of the Western Balkans, as a safe and dignified path for vulnerable migrants, and provide assistance in their return,” said the Ambassador of Norway to Bosnia and Herzegovina, Olav Reinertsen.

He says that the aim of the visit to the Ušivak center was to get informed about the results of the project, but also to respond as best as possible to the needs of the migrants who are accommodated in the reception centers.

“The project is financially supported by the Norwegian Ministry of Foreign Affairs, and it is implemented by the International Organization for Migration in the Western Balkans (WB6), stated the Norwegian Embassy in Bosnia and Herzegovina.