Another attempt of electoral reform in Bosnia and Herzegovina (BiH) has failed, so this topic will be the fuel for all crises and problems in the following months.

Every party that participated in the negotiations, as well as foreign mediators, has their own version of the story and everyone thinks they are right. But, the course of negotiations, topics on the table, ideas, conditioning, direct and indirect blackmail have dominated all these months, where some have envisioned BiH as a testing ground for various political experiments. And even that would not be so controversial if there was a little more honesty in the approach itself.

Citizens are the only innocents in this whole story, to whom much is promised, and in return, they don’t get anything.

So, let’s start with the analysis. Two key issues in the electoral reform that have been imposed from the beginning are resolving the manner of electing members of the Presidency of BiH and electing delegates to the House of Peoples of Federation of BiH (FBiH). In a letter to the Presidency of BiH, the Americans, and above all State Secretary Antony Blinken, called it limited changes to the BiH Constitution and the implementation of the Strasbourg judgments.

The general assessment was that the Party of Democratic Action (SDA) and the Croatian Democratic Union (HDZ) would eventually agree on electoral reform, that they would confirm a long-term coalition partnership, which the opposition wouldwant and build its election campaign on the issue of treason. The SDA was probably aware of that, so they stuck to their views.

In order to meet the demands of the HDZ, the SDA put on the table the request to reduce the House of Peoples, explaining that by the control of the legislative body of the HDZ controls all processes, including the appointment of the FBiH Government, which has been in a technical mandate for four years.

Despite the HDZ’s disapproval, the request was accepted as legitimate and began to be discussed.

The position of the opposition

Since the middle of last year, the opposition has been increasingly involved in the negotiation process. The SDA wanted it very much because it would not have to bear the burden of decisions on its own, and FBiH-based opposition parties have also become necessary due to changes to the Constitution, which is also part of the agenda.

The Democratic Front (DF) has always sided with the SDA to a greater or lesser extent, while the Social Democratic Party (SDP), Our Party (Nasa stranka), and People and Justice (Narod i Pravda – NiP) have increasingly emphasized their role. We listened to stories about how the idea of ​​a civic state should not be betrayed, and that we should not accept the non-European solutions, while the two blocs were mutually exclusive and while on both sides they gradually began to criticize international mediators, and above all the European Union (EU)representative, Angelina Eichhorst.

In the meantime, negotiations took place in Neum, when left-wing parties refused to participate and where no agreement was reached. The failure of the negotiations was confirmed on Sunday in Sarajevo.

At the same time, we listened all the time to accusations from the HDZ that Bosniaks want a unitary and centralized state and that the agreement for the Presidency and the House of Peoples will solve everything. And the leader of the HDZ, Dragan Covic, has repeatedly mentioned that we essentially live a civicstate in practice at all levels and that this should remain the case except in the Presidency and the House of Peoples. So how can someone create a unitary state through these two mechanisms, if we are already living a civic state at the levels of cantons, municipalities, and the like? How can someone from a headquarters control the processes in all cantons or entities?

The role and politics of foreigners

While some subtly sold themselves to the HDZ and the international community as an acceptable partner for the future, others remained silent and pointed out utopian solutions.

Although the proposal for electoral reform of Our Party is probably theoretically ideal, it is utopian in the current circumstances. One president, the abolition of the House of Peoples, and the like are the most effective solutions. But those solutions before the HDZ had no chance. The question now is, why don’t foreigners say that loud and clear.

Namely, in the process of negotiations for the Election Law, the EU Delegation launched a project called Citizens’ assemblies where a certain number of people of various profiles and levels of education were randomly elected and where these people proposed solutions for electoral reform. The summary of such a project was that BiH needs one president and that it is necessary to abolish the House of Peoples who hinder the processes.

Everyone was looking for their chance

Ultimately, electoral reform negotiations were supposed to serve many and everyone calculated. The SDA and DF knew they must not give in because they would surely lose the elections. In the whole process, no matter how many people called for the fight for the state, both sides had to think about the campaign and elections. The SDA is probably aware that without the DF it has a much weaker coalition capacity. On the other hand, DF keeps itself in the game in this story. 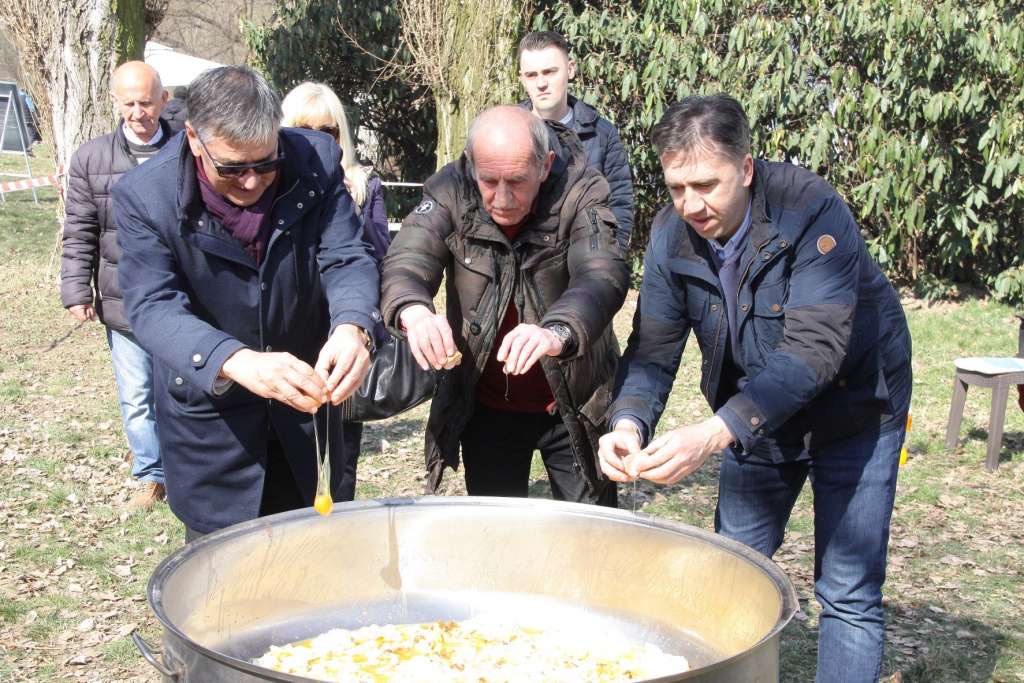 After a two-Year Break, ”Cimburijada” held in Zenica
Next Article