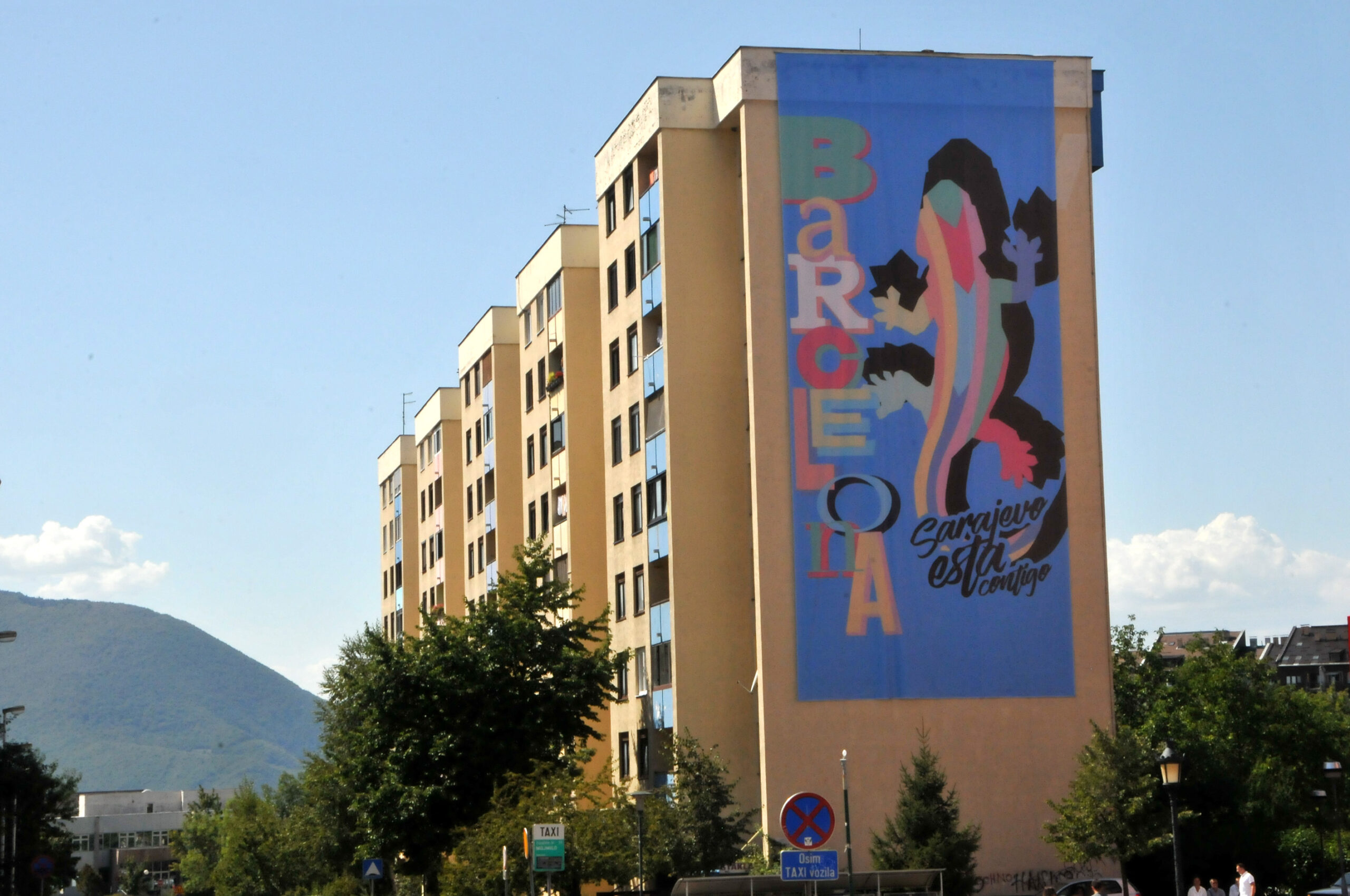 A dozen of Sarajevo artists gathered at the Barcelona’s Square in the Sarajevo settlement of Mojmilo and started making a large mural dedicated to the brother town that faced a horrible terrorist attack last week. On the mural is written in Spanish: “Barcelona, Sarajevo is with you”.

One of the participants of the performance that is aimed at providing honest support to the city of Barcelona, our brother city for 21 years, is Benjamin Cengic, a street artist, a film producer and a representative of the Association “Obojena klapa”, who was among the first ones to point to what happened during the aggression in Sarajevo.

Benjamin is hoping that this piece of art will mean a lot to Barcelona in these difficult moments because it is the city that supported Sarajevo when it was in the most difficult situation and he said: “It would be great if we could do much more.”

The mural that they started should be completed in five days.

“I believe that this act has a symbolic value for Spain and specifically Catalonia, the act of gratitude of Sarajevo to Barcelona, which expressed its solidarity with the horrible aggression on this city,” said the Ambassador of Spain to BiH, Juan Bosco Gimenez Soriano.

Their performance was followed by music program performed by string quartets. 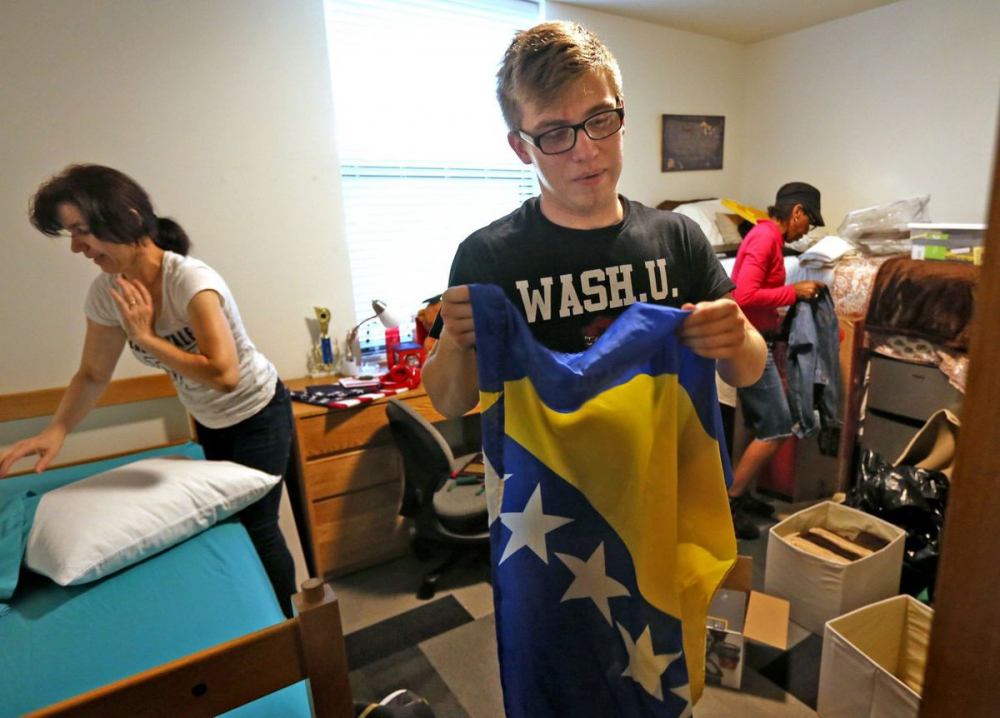