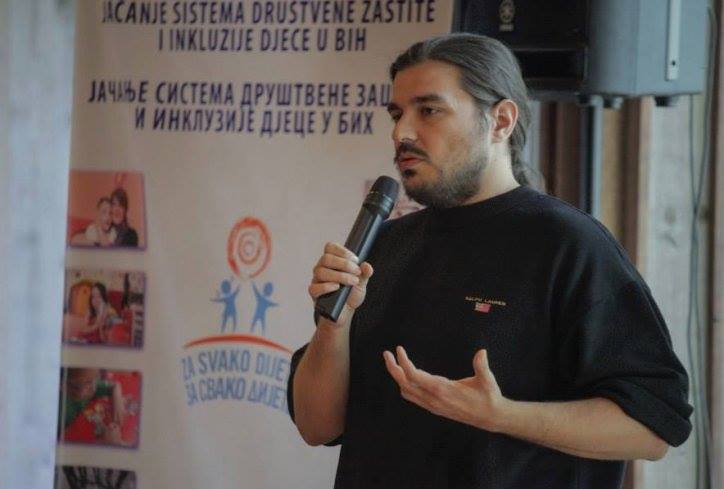 Journalist at the Federal Television Vuk Bačanović is no longer an employee of this TV house due to the status he posted on Facebook about Sarajevo and the installation of Republika Srpska in front of the BBI center on the occasion of the marking of the crimes in Srebrenica.

The Facebook status said: “I hate you Sarajevans so much! (censored) You can put these grave-like maps of RS across Sarajevo; all you achieved is that you missed all the trains and that RS is now more multiethnic than Sarajevo ever was in its history. Only one home is in my heart.”

Bačanović stated that in this status he criticized the perception of the “multiethnic” Sarajevo that has proven to be a complete failure and that it turned out that only Republika Sroska can be considered multiethnic.

“I criticized the official Sarajevo for the way they are preparing something that was supposed to be the marking of the massacre in Srebrenica. That was done in a terribly perverse and horrific way. The status I was fired for speaks about the Sarajevo that became a legend as a multiethnic city only because of the number of Serbs who live there, just like the entire Federation in which there is only 2.5 percent of Serbs. Unlike Sarajevo and the rest of the Federation, 14 percent of Bosniaks live in Republika Srpska and two percent of Croats, so in this context only the RS can be called multiethnic,” Bačanović said.

Bačanović was fired from the Federal Television where he has been working for the past month. Justification for dismissal was that he “violated the ethical code” of the FTV. Bačanović thinks that this is a political persecution.

“After that, I was told that I violated some ethical code of the Federal Television and I was dismissed. This is actually a political persecution, and I can back this up with the fact that certain media reported on my dismissal only half an hour after it all happened. This is about the official Sarajevo not tolerating any different type of declaration and thought in general but the pervert way of thinking that they have,” Bačanović claims.

Bačanović added that the elementary freedom of expression was violated in this case.

“Of course this is the obstruction of the freedom of speech. I assume they will present this in an amended form, but regardless of everything that happens, I stand behind my words, I said it in the way I said it and I still think like that”, Bačanović concluded.