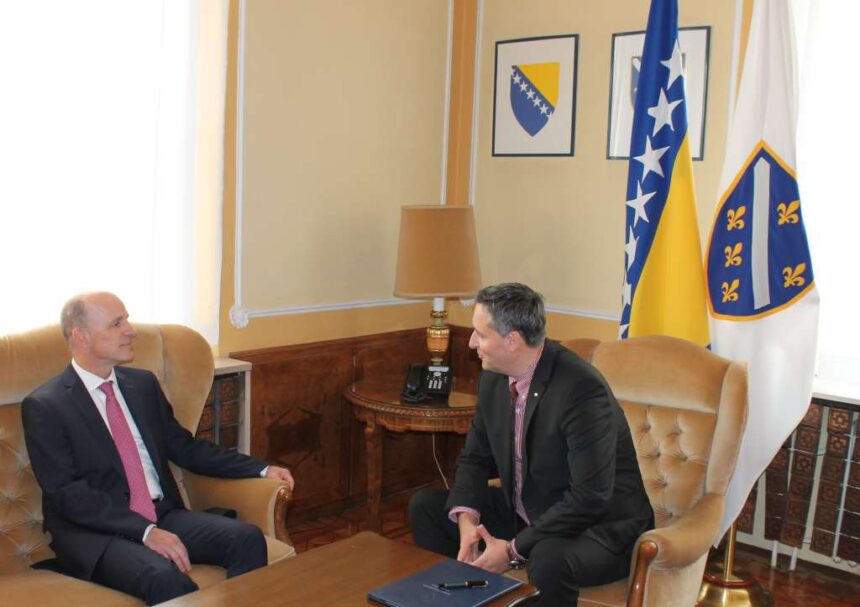 Member of the Presidency of Bosnia and Herzegovina, Denis Bećirović, spoke today with the Ambassador of the Kingdom of the Netherlands to BiH, Jan Waltmans, about bilateral relations, cooperation between the two countries and other foreign policy issues.

The officials also discussed the support of the Kingdom of the Netherlands for the candidate status of Bosnia and Herzegovina for membership in the European Union, which was recently expressed by the highest executive and legislative institutions of that country.

Bećirović said that enlargement is also a geostrategic issue for the EU, in terms of preserving the stability of the Western Balkans.

Waltmans emphasized that the Kingdom of the Netherlands will continue to support the integration process of Bosnia and Herzegovina in the EU, with an emphasis on the development of democracy and the rule of law, the Press Service of the BiH Presidency announced.